In a long message posted by actress Namrata Shrestha in her Facebook account, she has asked her fans not to believe in baseless rumors.

Various online blogs and click-farms have been spreading baseless rumors creating a crisis of trust of the online media. Namrata’s rumor about the Communication Minister Minendra Rijal asking her a sexual favor for National Award is one of the latest such rumor. 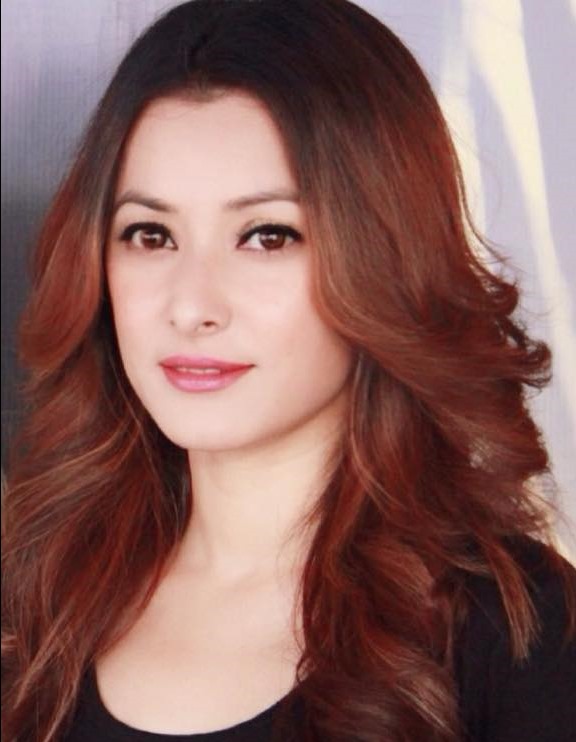 I Feel really sad to be writing this but don’t want my silence to be misleading!
Initially, I was unaware of the rumors created by some blogs, but it came to my attention after receiving calls and questions from my well wishers, Fans and Friends.
It is silly to be running after the news created by some blogger, when I am completely occupied with my up coming and running projects.

With news getting viral in social Media its time to clear things out when newsmakers are writing on my behalf without my consent!

Let me get to the point, it started from National award ceremony! Some online blog wrote about me vanishing from the venue after the event! Which itself does not make sense! Answer to that, I was shooting for a music video since 8 in the morning and had to get back and complete the shooting as my team was waiting back in Kirtipur.. I was present there In spite of the shoots because Seniors from film fraternity and Board members invited me and being a responsible person of the film fraternity I had to be there.

About the National Award: I don’t want to discuss on this! Neither I am Jury nor the board member! It’s their job to decide.

But the most saddening part is how newsmaker started blowing it up creating baseless news with tabloid titles, which does not relate to the content. Why?? Don’t u think u should have some ethics? Do I even need to respond towards such baseless news from certain blog or politics behind it?

I feel proud as an artist/Film maker but these kinds of news and newsmakers makes me question the profession and the entire Fraternity.

P.S: not a clarification but any baseless news should not affect my well wishers!!

Actress Karishma Manandhar has also expressed her surprise on her being quoted in some news. She has stated that she hasn’t spoken about the Award decision to any media. (a report in Nepaliactress.com) 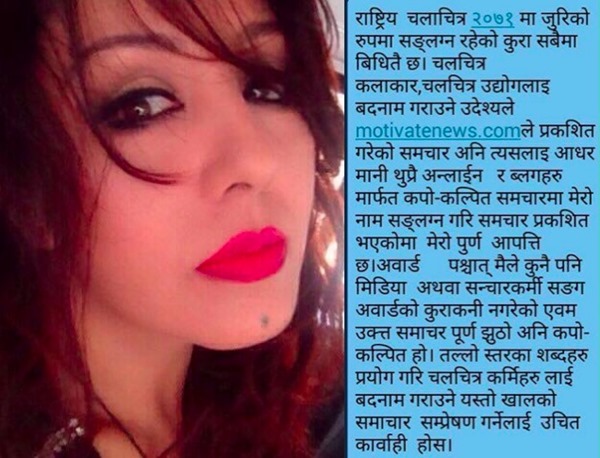 One thought on “Namrata Shrestha clarifies the sex proposal rumor”