A presentation of SASS Creation, the movie ‘Mahasush’ is presented by Rajju Pradhan. The movie features the cinematography of Divyaraj Subedi, and the music composition of Suresh Adhikari, editors are Badri Lamichhane and Sandeep Adhikari. The movie is made on the story of B.Bikram Purush and the script of the director Nawal Nepal. The producer of the movie is Kalyan Ghimire.

The xnepali review of Mahasush written at the time of the release of the movie. In the review, the reviewer had appreciated the acting of Keki Adhikari.

Aryan Sigdel – The lead actor of the movie, Aryan is currently the most popular actor in Nepali film industry. Aryan’s movie ‘Classic’ won him the Best Actor award in FAAN 2016.

Keki Adhikari – Keki debuted as a music video model. She has established herself as a talented actress. The daughter of well known director Badri Adhikari, Keiki is also an educated actress in Nepali film industry.

Nir Shah – Actor and director Nir Shah is one of the top character actors in the film industry. Read the biography of Nir Shah and the list of his movie in the following link. 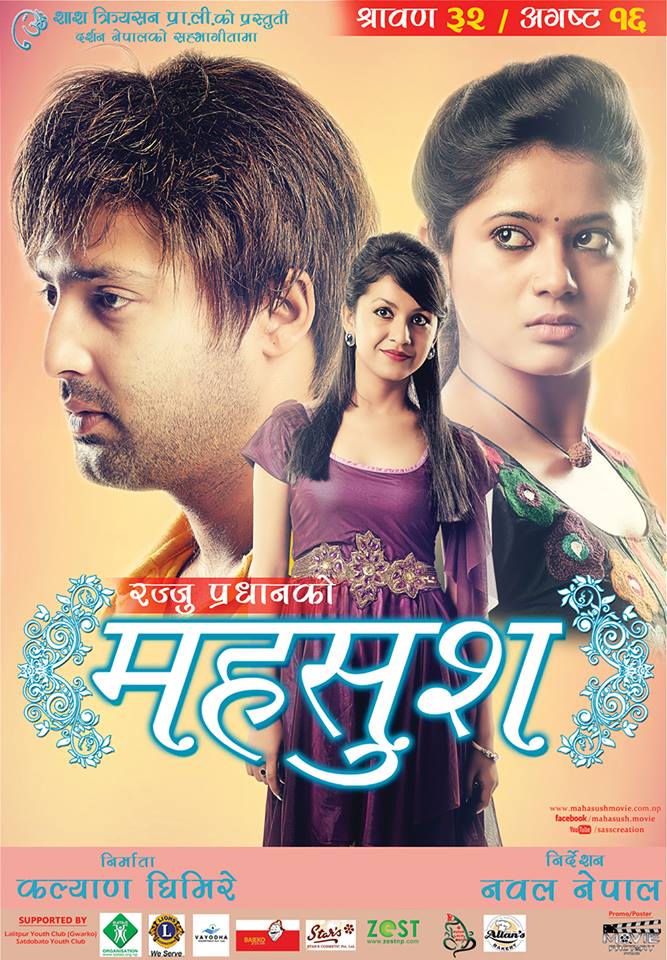