The hot Nepali movie ‘Night Queen’ was released on June 15, 2012 (release news in MoviesNepal). Made under Nonstop Creation, ‘Night Queen’ is made on a story based on real stories of dance bar girls. The movie had received an ‘A’ certificate for the sexual nature of the story. Although the Nepali name of the movie was ‘Raataki Rani’, the movie was promoted by the English name ‘Night Queen’.

The superstar of the Nepali film industry Rajesh Hamal is featured as a writer in the movie. He is investigating on the dance bar girls and writing a book on them. Actresses Kalpana Shahi, Joshna Bhatta, and Usha Kharel are featured as dancers in dance bar. Actor and producer Hassan Khan and actress Shanti Giri are featured in leading roles in the movie.

The director, RB Khatri ‘Sharad’ has directed a number of other movies like ‘Shisha’ and ‘Naina Resham’ (the movies are available to watch here in xnepali).

Hassan Khan had produced ‘Alvida’ (watch ‘Alvida’ here) and is currently busy in the production of ‘Romeo’. ‘Romeo’ is going to introduce the first Muslim actress in Nepali film industry – Oshima Banu (watch a video report in YouTube).

Rajesh Hamal biography and the list of his movies 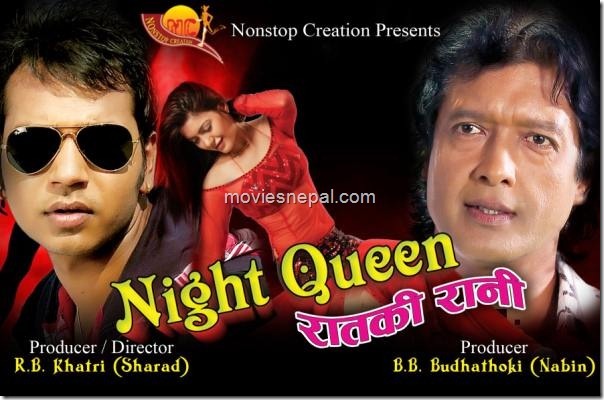