The ‘Dreams’ actress, Samragyee RL Shah is going to be featured in a movie to be made on the story of the popular novel by writer Subin Bhattarai, ‘Summer Love’. The film to be named the same as the novel is going to be produced by the producer and director of ‘Nai Nabhannu La’ sequels, Bikash Acharya. The movie is going to be directed by Muskan Dhakal, Acharya’s assistant in most of his movies. Muskan had also directed ‘Nai Na Bhannu La 3’.

The model turned actress is beautiful and she had done an excellent work in her debut movie ‘Dreams’. In fact, her acting had been considered better than that of the actor Anmol KC.

To know more about the actress, you can read the biography of Samragyee RL Shah in Nepaliactress.

What is Summer Love?

The novel by Subin Bhattarai, ‘Summer Love’ was liked by many readers and he had been a celebrity writer. His book had been reviewed by the likes of Miss Nepal Malvika Subba and Miss Nepal 1997 actress Jharana Bajracharya. The book cover also features a model – Prinsha Shrestha. Prinsha was the Miss Nepal Earth 2014, until her crown was stripped by the organizers for violating the terms of the agreement.

The novel had received favorable reviews from the critics as well as the readers. Because of the popularity of the novel, Bikash Acharya had approached the writer for the making of the movie. The news about the deal between Bikash and Subin was published a year ago. (read about the deal between Subin and Bikash)

Although Samragyee is told to lead the movie, one can not deny the last minute changes in artists as other artists are yet to be determined. 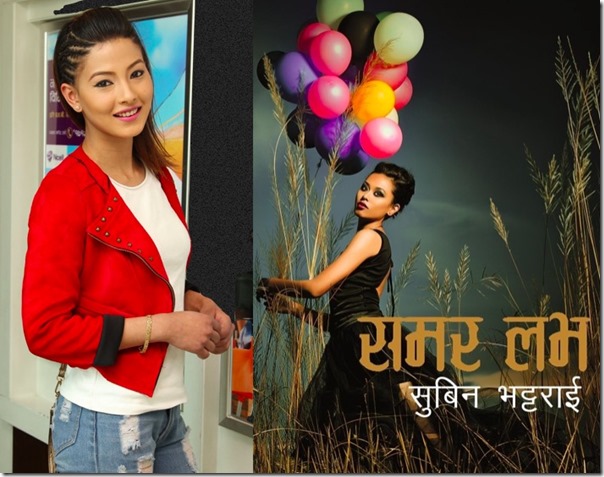