Girl students’ skirts too short in Chitwan – The inspection team

The inspection team sent by Higher Secondary Education Council from Kathmandu visited the colleges in Chitwan Â district for inspection and finding girl students in higher secondary schools (+2 colleges) wearing short skirt, has advised the length of skirt should be below knee.

According to the District Education Office (DEO, the team made this suggestion after monitoring many higher secondary schools and the team also found many â€˜+2′ colleges in Chitwan with lack of fully-equipped laboratories and libraries. They also found the poor condition of other school infrastructures like classes, canteens and toilets. The school buildings housing students beyond their capacity were also found.

The inspection team was sent after receiving complaints that the colleges in Chitwan were being run without proper infrastructures and there is connection between colleges and bridge course and tuition institutes for mutual benefit.

Gaijatra, the festival of cows was observed across the country on Friday. It is the festival celebrated by Newar community in which families, who have lost their members and relatives during the year paraded the streets, especially in the Capital, disguised as cows or with actual decorated cows, in memory of the deceased. 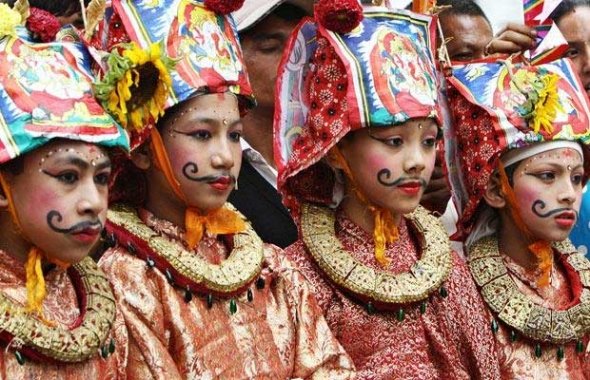 ‘Gai’ or ‘cow’ helps departed souls cross a cosmic river called Baitarini in their journey after death, according to the religious scriptures. And according to another popular belief, King Pratap Malla initiated the festival in the 17th century to console his wife, who was in deep sorrow due to the untimely demise of her son Chakrapatendra Malla. Everyone in the country tried to make her laugh by coming out with cows and mimicry and also showed that she was not alone who have lost someone.

Another attractive feature of this festival, humorous and satirical street shows were being performed in major towns of the country. Different comical shows were organized throughout the country, with satires to the current leaders. Teams of Tito Satya, Jire Khursani and Meri Bassai are performing comedy shows at Pragya Bhawan Â and will continue for a couple of weeks. 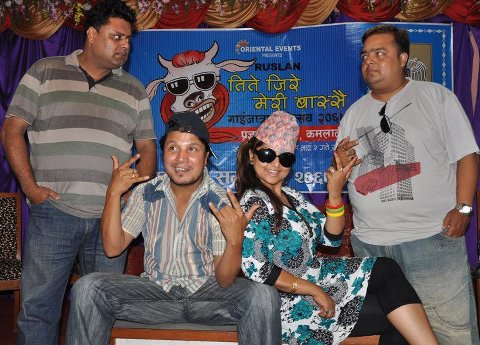 A short film made by Sahara Sharma has been short-listed in Faith Shorts, an annual global short film competition organized by Tony Blair Faith Foundation that gives young people a global platform to express their faith through film. 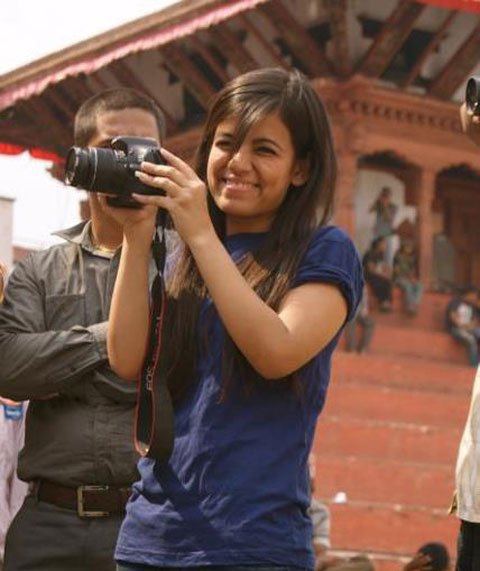 This year’s theme of the competition is to express â€˜How my faith inspires me’. Sharma’s film â€œBy my troth, I believeâ€ has been short-listed in the top five in the 18-27 age category for this year.

It’s a three-minute film that shows four young Nepali people who are not disappointed with the current situation of the nation and are trying to make a difference â€“ however small it might be.

Through the film, Sharma has tried to give message that our country is not hopeless country though that might seem to be for most of us due to the current political situation. The youth here still love their country and believe that better days are just around the corner.

In the global judging panel are Tony Blair, Hollywood stars Hugh Jackman and Jet Li, Bollywood actor Anil Kapoor, the Grand Mufti of Bosnia Dr Mustafa Ceric, Lord Puttnam, the Chief Rabbi Lord Sacks and others who will choose the winning film in each of the age categories and then select the overall winner. There is 14-17 age Category too.Â (Photo Credit: Republica) 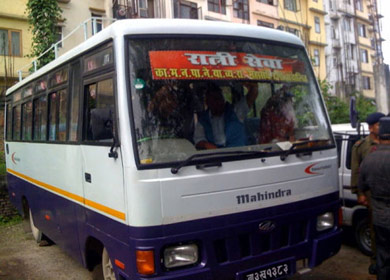 KMC launched this service in coordination with Federation of Nepalese Transport Entrepreneurs (FNTE) and Metropolitan Police Commissioner’s Office (MPCO).Â  As per agreement, KMC will provide total Rs 4.5 million as assistance for fuel expenses and staff salary among which Rs. 2 millions has been received and remaining Rs 2.5 million will be received in couple of months, according to Saroj Sitaula, treasurer of FNTE.

For safety, the buses are equipped with CCTV cameras and guarded by two police personnel. The bus is painted white and purple, and has 26 seats. In initial phase, they will be run for six months and would be continued if found financially viable, said KMC Chief Executive Kedar Bahadur Adhikari.

Four buses plies on the Ring Road and the remaining 10 operates from Ratna Park. Routes of night bus service are:

Eight arrested during raid in hotels on sex trade charge

Eigth people were arrested on the charge of involving in flesh trade when police raided hotels and lodges based near the Biratnagar Bus Park on Tuesday. Among arrestees, four men and two women (said to be unmarried) are being interrogated.

RSS writes quoting police that prostitution is increasing day by day in commercial city Birtanagar and on an attempt to control the increasing sex trade in the city, a squad deputed by the District Police Office (DPO), Morang raided the Dhankuta Lodge, Om Palace Lodge and Hotel Shanti Lodge where they were arrested. 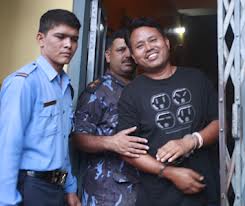 Kashi Ram Gurung, the chairman of Unity Life International (ULI), has been arrested by the police from near Pashupatinagar in Ilam Tuesday night.

In 23 May 2010, the Supreme Court had outlawed ULI’s banking, insurance and cooperative businesses.Â  Since then, Gurung was on the run and police had put him on its most wanted list.

Gurung has been accused of swindling billions of rupees from over 650,000 people within country and abroad by promising handsome returns, life insurance and medical facilities. ULI â€” a pyramid scheme â€” the network business was being operated without Nepal Rastra Bank’s permission. Cases against him including fraud and massive tax evasion are pending in the court.

The police made him public during a press conference organized in Lalitpur on Wednesday. According to Senior Superintendent Rajendra Shrestha, since last several months he was hiding in various parts of West Bengal state in India, including Darjeeling, and Sikkim. He had been living in that area with relatives.

Of the 101 central committee members of the ULI, police have arrested 52 so far, while 49 others are still absconding including three senior managers- Bishnu Bahadur Chhettri, Krishna Bahadur Chhettri and Mahendra K.C.

Since the marriage of actress Manisha Koirala with businessman Samrat Dahal in 2010, lots of news of having problem in their married life were coming in various media report. Manisha was caught in a very unpleasant drunken state. The actress had even posted on a social networking site about her unhappy state of mind. 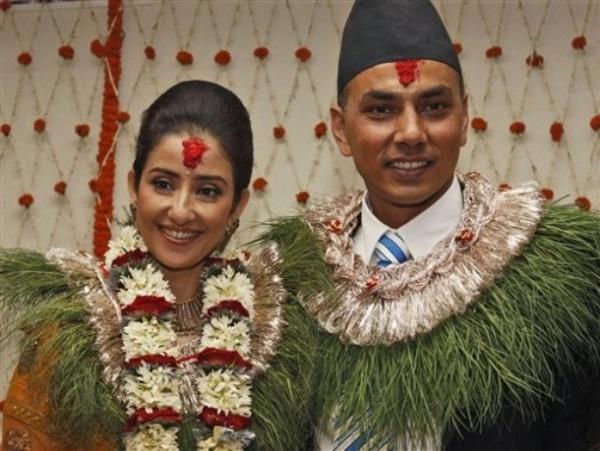 Likewise, now what has come in media is that her two-year-long married life has ended. On July 28, The Times of India (TOI) has written “Manisha is in Mumbai and happy,” saying as revealed by a friend of the actress. According to TOI, the couple decided to separate a couple of weeks ago. Just a few months after tying the knot, Manisha had revealed her close friends about her unhappy marriage. However, soon everything goes well and returned to Nepal. But the differences deepened with time and Manisha returned to India. However, Manisha still goes toÂ Nepal as her family lives there.