It has been less than a year since Sanchita Luitel gave birth to a son. 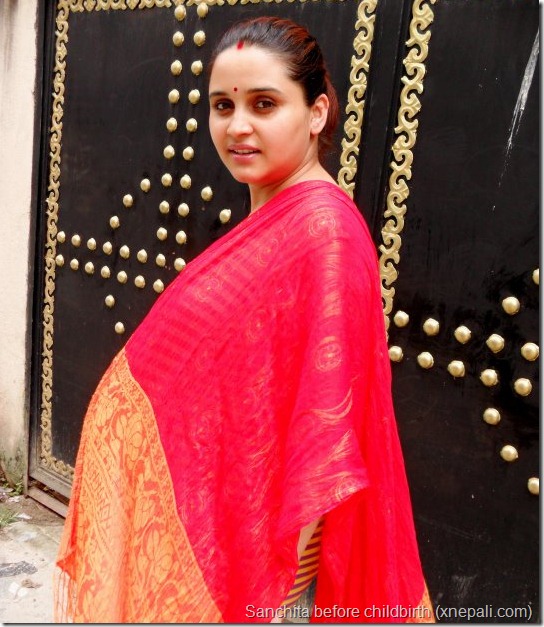 It is a coincidence that her first child was also given the same delivery date of August 10. He was also born 11 days later on August 21. The birthdays of the two children of Sanchita now have birthdays on August 20 and August 21.

In the following photo, Nikhil Upreti and Sanchita pose with their first child on Augst 21, 2011.

It is to be noted that Sanchita was the actress of a family planning advertisement in which she suggested mothers to keep at least 3-4 years gap between their two children.

Well, people find it easy to teach others as long as it is not themselves!

Congratulation Nikhil and Sanchita for their second child – a ‘Devi’ in their home. 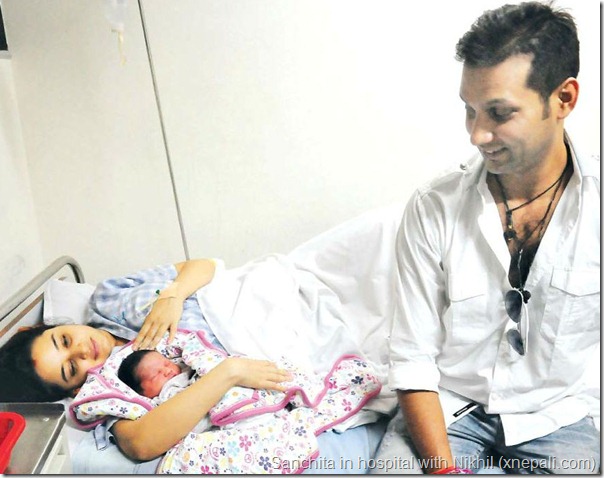 2 thoughts on “Sanchita gave birth to a daughter”