It shouldn’t have been a big deal whether the Maoist Chairman , Prachanda, purchased or leased the new residence. Everybody needs a residence and a leader like Prachanda wouldn’t fit in a small house. At the same time, leaders needs to be transparent on everything they do and shouldn’t try to hide things specially related to financial dealings. 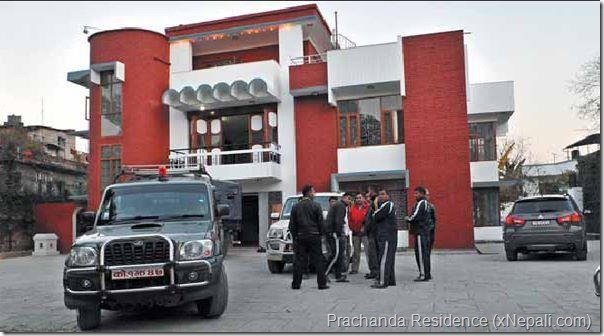 Prachanda’s son Prakash, in his Facebook post, told that the new residence is leased f
or Rs. 60,000 a month. The quoted lease amount is believed to be extremely cheap for such a building made on a land of three ropani. There was a rumor that the building wasn’t leased but purchased. A weekly newspaper, Sanghu, has published a details on the purchase of the building and asked Prachanda to be transparent on the financial dealings on the purchase of the new residence.

According to the newspaper, the building originally belong to a businessman named Nawal Singhaniya Agrawal and was sold to a woman named Sishu Aryal on 2068 Shrawan 13 (July 29, 2011). The official record show that the building was sold for Rs. 52,000,000 as per the minimum valuation by the government office. The low valuation is told to be done to minimize the tax to be paid to the government. The asking price of Agrawal was told to be Rs. 130,000,000 but, Prachanda asked his businessman friend, Ajaya Sumargi, to reduce the price to Rs. 103,000,000. Nepali blog Mysansar has published the Sanghu article (in Nepali). 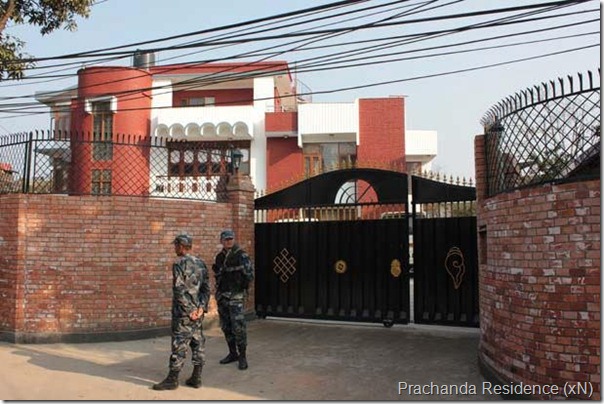 Prachanda should make the matter clear by transparently publicizing the details of financial dealings and answer a few question.