The director of ‘Premika’ Ramji Lamichane has released some new posters of the upcoming movie. The romantic movie stars Jharana Thapa and Suman Singh in lead roles. 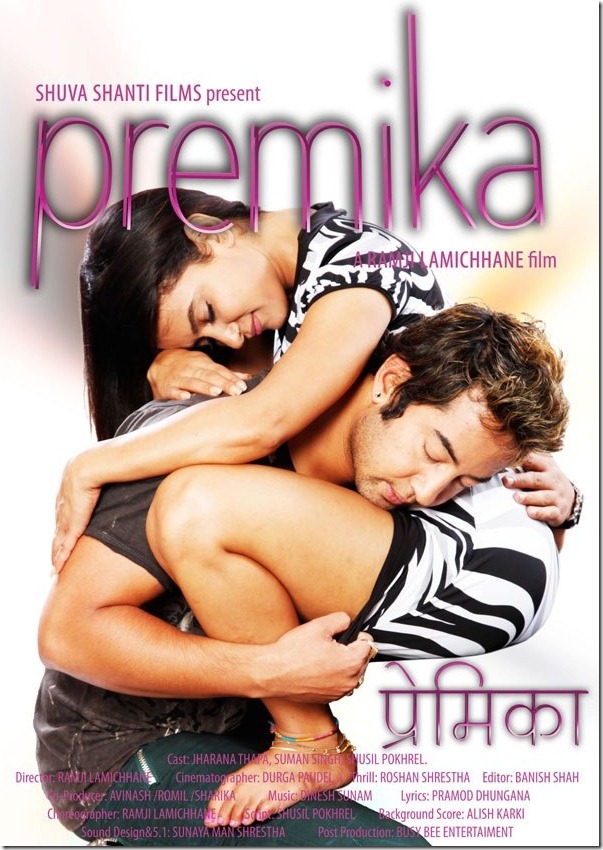 The love story movie by Ramji Lamichane is produced under the banner of Shuva Shanti Films. Apart from producing and directing, Ramji has also choreographed the songs in the movie.

‘Premika’ features the music of Dinesh Sunam, lyrics by Pramod Dhungana, script of Sushil Pokharel, cinematography of Durga Paudel and editing of Banish Shah. Similarly the thrills are directed by Roshan Shrestha and background music is composed by Alish Karki.

Earlier, in the late 2011, a poster of ‘Premika’ was made by editing the poster of a Telugu (a South Indian) movie named ‘100% Love’. At that time, we had questioned the credibility of the film makers in the design of poster (refer to our previous post on ‘Premika’ poster).

The posters released now look original and more creative. But, I still think the contrast and the choice of font and color has made the text illegible.

Do you think the posters look great? Please comment. 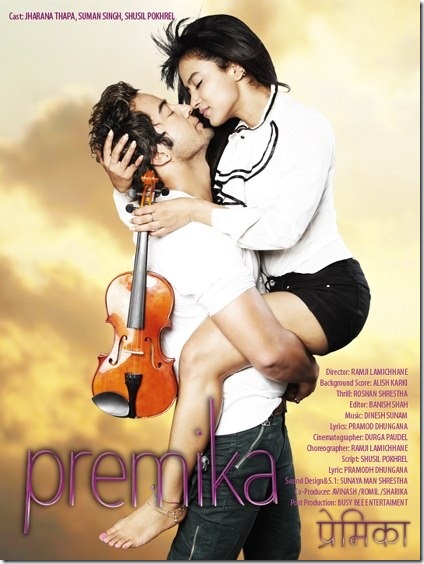 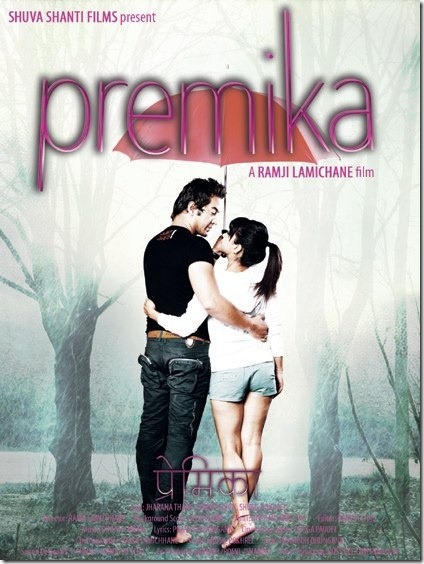 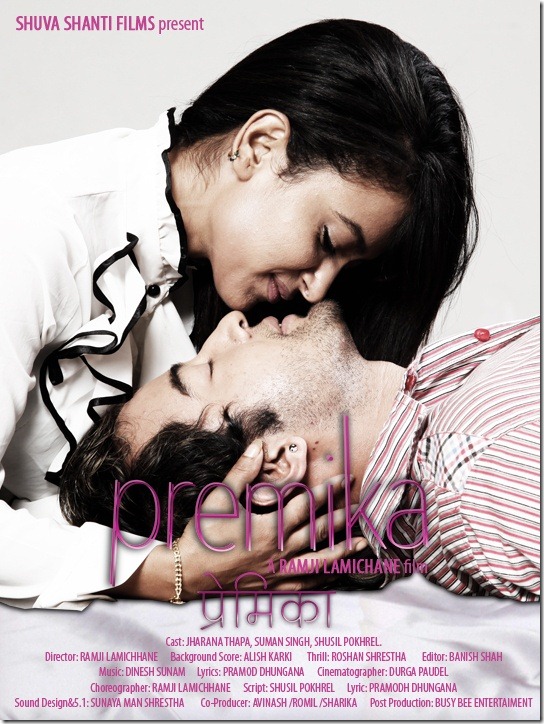