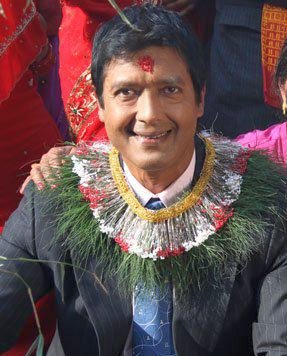 Famous Nepali actor Rajesh Hamal has disclosed his interest in politics. Hamal told that if he got an opportunity to become the Prime Minister, he will likely to be.

Hamal said, “Though I have passion for Film sector, if I get a chance to do something for the nation being in politics, I will be in it.” According to an online media, filmykhabar, Hamal has also re-confirmed of his upcoming marriage and debut in film direction in the year 2013. But, he is yet to disclose the name of girl whom he is planning to get married to. Asked if it were Madhu Bhattarai or somebody else, he chose not to answer.

Further, the young astrologer Harihar Adhikari, who had suggested to postpone marriage of Rajesh Hamal in 2011, has also said that Hamal will get married within one year.