Nikhil is unwilling to return back to Kathmandu and did dubbing of a movie in Mumbai. Although Nikhil Upreti did his best not to leave any unfinished projects; there are reports of problems to the directors and producers of various movies due to Nikhil’s absence. 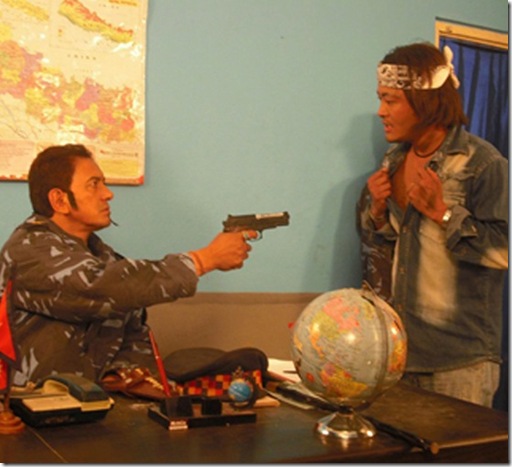 For a movie he did dubbing in Mumbai last week and there is report of Rajesh Hamal replacing Nikhil in a movie named ‘Mato’. The director of the movie Kishor Subba told that Nikhil promised to act in the movie but he didn’t show up in the shooting. After a wait for sometime, Subba decided to sign-in Rajesh Hamal for the role.

Subba told that there will be some changes in the script to suit Rajesh. It is told that 50% of the shooting is already complete and is planned to be finished in a four months.

2 thoughts on “Rajesh Hamal to replace Nikhil Upreti in Mato”