A day after the marriage and Suhagrat in a resort in Dhulikhel, Rajesh Hamal and his newly married wife, Madhu Bhattarai went to their ancestral home at Nawalparasi. The couple took a Buddha Air flight from Kathamndu to Chitwan and drove to their home in their car. In Nepali culture, a newly married wife enters the house after performing certain ritual. Rajesh performed such rituals at his home before taking his wife inside. A priest, Bishownath Gyawali performed the rituals before Madhu entered Rajesh’s ancestral home. 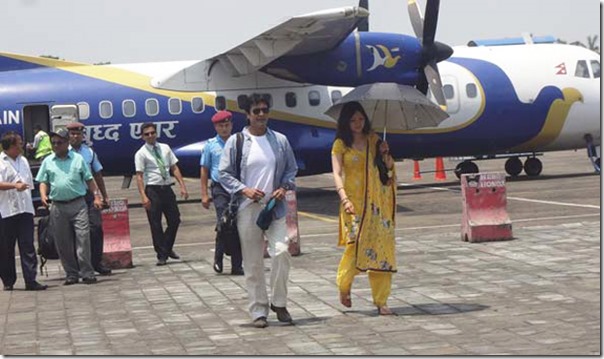 Rajesh told that he wanted Madhu to first enter his home in Nawalparasi before they start to live in their home in Kathmandu. In Kathmandu Hamal lives in a house in Kapurdhara, Kathmandu. There were no decorations or any signs of marriage in his Kathmandu residence.

Rajesh and Madhu got married on Saturday in Hotel Annapurna according to Hindu rituals and procedures. After the marriage, the newly wed couple headed to Dhulikhel to spend their first night in Dwarika’s Resort.

Madhu and Rajesh arrived their Rajhar, Nawalparasi home at 1 PM and stayed there for two hours. They returned back to Kathmandu via the same route. In a brief statement to the media person at the airport, Hamal told that he is planning to direct a movie.

First ever interview of Madhu Bhattarai (right after marriage) recorded in video: 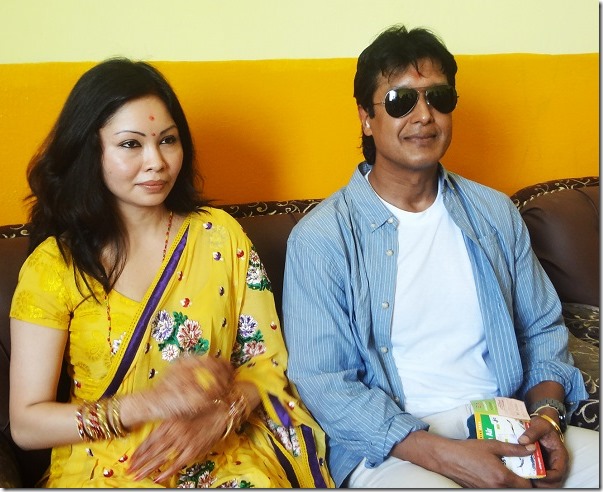