The recent episode of the film related TV program ‘Rajatpat’ featured an interview of Rajesh Hamal. In the interview, Rajesh revealed some of the facts previously not known. Talking about their first meeting, Rajesh told that he had invited her to call him by giving his visiting card. Madhu called him a day before his birthday and they were together on his birthday. 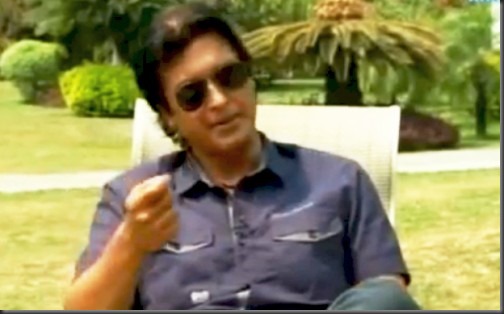 Referring to her passport and official documents Rajesh told that Madhu is 28 years old. That makes the age difference between Rajesh and Madhu more than 20 years.

He also talked about 8-years long affair to a foreign girl and his first affair with his Indian girlfriend when he was 22 years old.

Watch the interview to learn more about his love:

In a previous interview, he had also talked about Madhu: