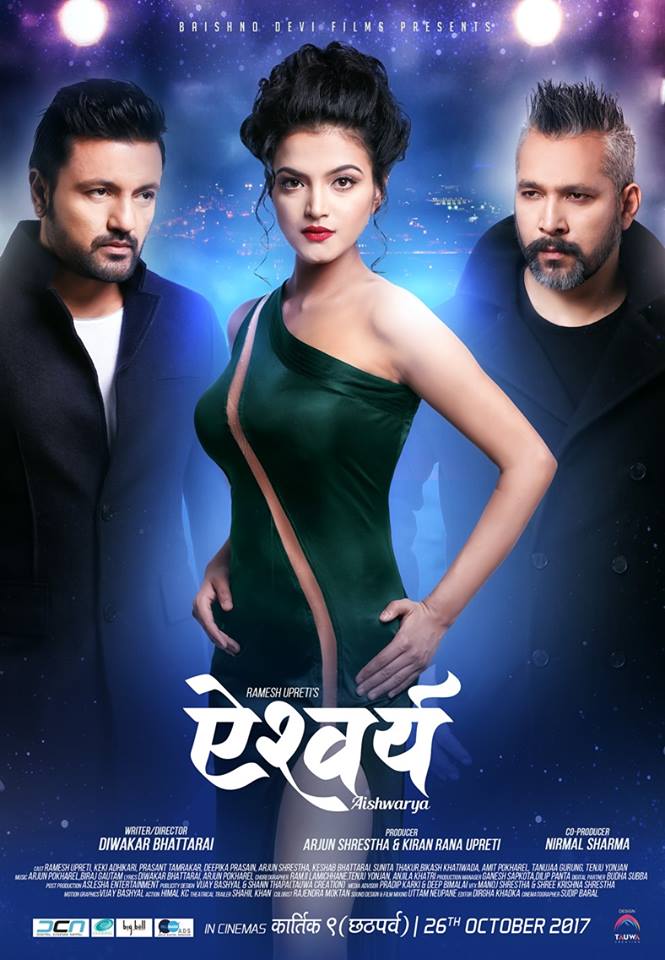 The actor and producer Ramesh Upreti had told that he has used some new experiments in the movie. In addition to the three leading actors, the movie also features Keki Adhikari, Nirmal Sharma and Arjun Sharma. The script is written by the director Diwakar Bhattarai.

In a month of release, one of the songs of the movie has received more than 2 million views. Watch the song ‘Timi Royeko Pal …’ (credit Budha Subba Music):

Watch the teaser of the movie:

The movie made under Vaishno Devi Films, is scheduled to release on Kartik 9 (October 26). The choreographers of the movie are Tenju Yonjan & Anjeela Khatri, editore is Dirgha Khadka, cinematograph is Sudip Baral. The movie jointly produced by Arjun Shrestha and Kiran Rana Upreti also has Nirma Sharma Gaida.

According to the teaser, the movie is n action movie.