On the occasion of her 25th birthday, actress Neeta Dhungana has annouced a production house. On September 14, Neeta organized a birthday party and announced ‘Neeta Film Production’. Talking in the event she told, “In the last few years, the movies I worked failed to impress the viewers. I have decided to produce my own movies and give viewers the films they want. I am looking for a good script and the director. If everything goes as planned, I will start working in the first movie in six months.

Actresses who have failed to make impression the viewers include Sushmita KC, Poojana Pradhan, Rejina Upreti, Namrata Shrestha, Richa Sharma, Richa Ghimire and so on. The list is pretty long as almost every actress who tried producing movies have failed. Will Neeta succeed, only time will tell.

As the script and the directors are not finalized, Neeta hasn’t decided if she will be the actress of her home production movie. It looks like a very sudden decision and Neeta doesn’t have much time to mull over the decision.

In the birthday party a lot of artists and film industry personnel were present to with Neeta a happy birthday. Some of the artists in the program include Pradeep Kumar Uday, Rupa Rana, Jharana Thapa, Anu Shah, Sampada Baniya, Surabina Karki and so on. In the program Neeta also announced a donation of Rs. 20,000 to Nepal Kalyankari Kosh.

Neeta is known as a very good actress and a dancer. I wish her success as a director. 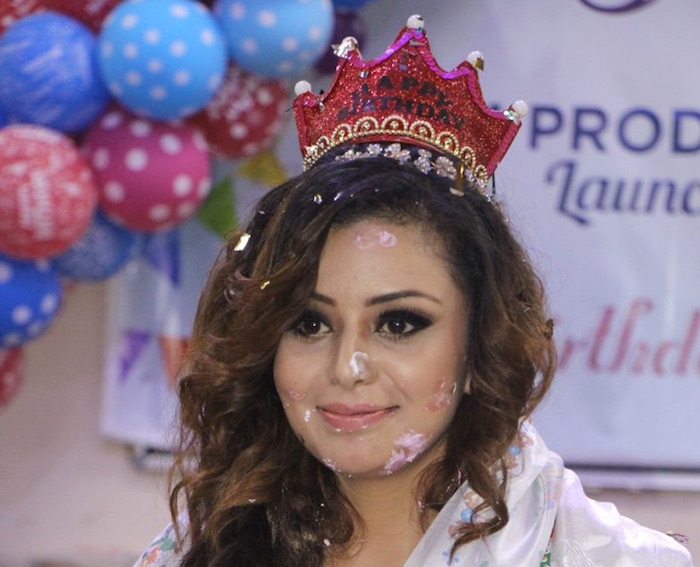