After 8 years, actress Rekha Thapa and Aryan Sigdel have teamed up to be featured together in upcoming movie ‘Rudra Priya’. The movie director by Sudeep Bhupal Singh is produced by Ramesh MK Poudel as an executive producer. Rekha Thapa’s mother Saraswoti Thapa is named the producer of the movie. 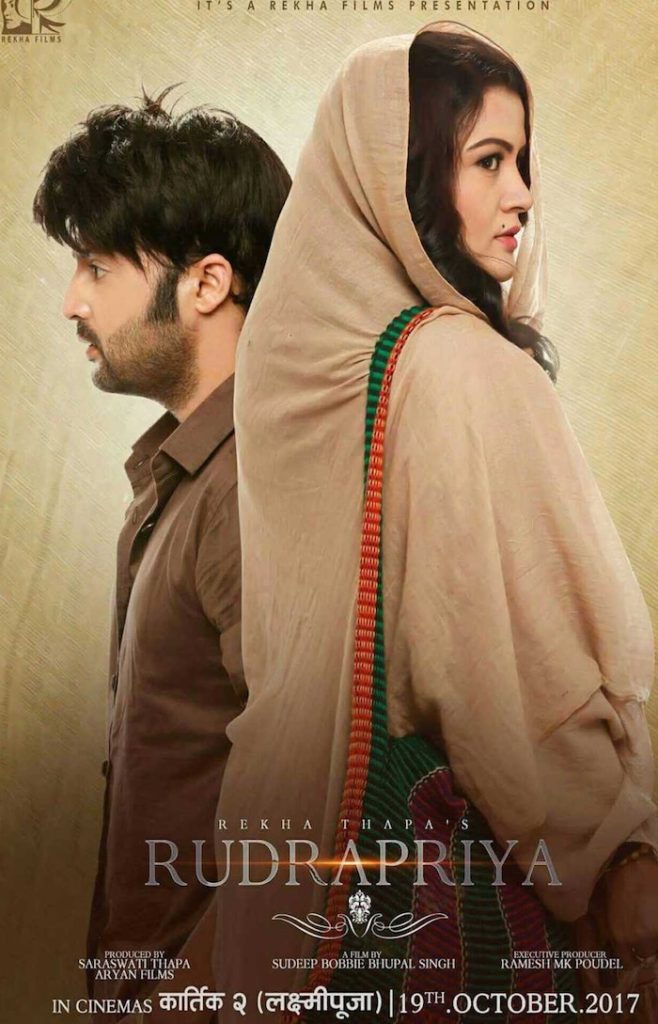 Like all her previous movies, the upcoming movie is also told to be female-oriented movie. It features love, romance, and action. Before the trailer, a song of the movie ‘Chirbir Chirbir Chachari …’ was released. The song featuring the voice of the muisc of Rajan Ishan was liked by the viewers.

The movie is shot by the cinematographer Sanjay Lama, music composed by Suresh Adhikari, Arjun Pokharel and Rajan Ishan.

Aryan had debuted in Rekha Thapa’s movie, ‘Kismat’. The movie became hit and established Sigdel as a credible actor. After a few movies the relationship between Rekha and Aryan became sour.

In ‘Rudra Priya’, Rekha and Aryan have patched up and have worked together. There is a good chance that the comeback of the hit couple would be successful. It is also releasing during the festival season.

Initial response is that Rekha and Aryan look good together and they are looking forward to see them together in the movie. Please comment what you think.

Do you think the craze of Rekha Thapa to return to the previous status after the movie? Please comment.