Two new Nepali movies has released in theatre on Friday, November 3, 2017. One is an awaited movie featuring well known actors, ‘Fateko Jutta’ and another is never-heard-of film, ‘Dhanwan’. In addition to new movies, the last week’s release, ‘Aishwarya’ is also running strong in theatre. 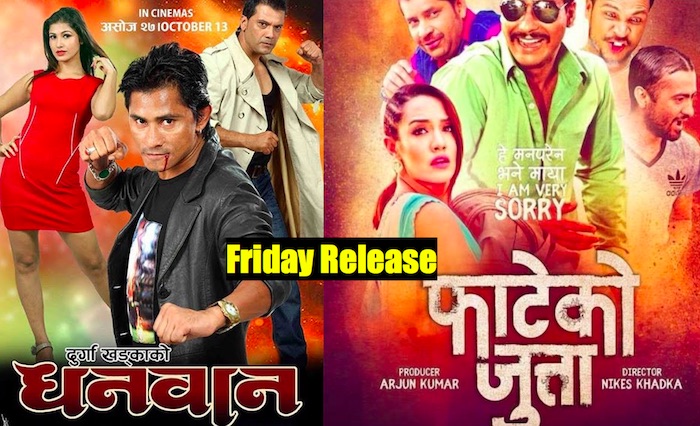 The movie is considered one of the most awaited movies of the year because of the star cast and a successful song. The trailer and the song titled ‘I am sorry..’ were well received by the audience. The movie produced by the producer of ‘Chapali Height’ sequels, Arjun Kumar, is directed by Nikesh Khadka. The movie features Saugat Malla, Priyanka Karki, Kemshwor Chaurasiya, Anoj Pandey etc. in main role. Actor Dayahang Rai is featured in a cameo role. Daya’s role was kept a secret by the film makers. They released a poster featuring Dayahang in a Goddess’ role.
END_OF_DOCUMENT_TOKEN_TO_BE_REPLACED