The Nepali movie ‘Sadanga’ was released in March of 2015.The movie is a presentation of Luminous Pictures banner.  The movie is made on a gangster story in which the role of actor Saugat Malla was appreciated by everybody. The movie is produced by Samir Sunuwar and written by the director Suraj Sunuwar. Actress Harshika is featured in a special appearance role.

END_OF_DOCUMENT_TOKEN_TO_BE_REPLACED

On the day of release, a special show of the movie ‘Sadanga’ was held for film artists, producers, directors and journalists. The artists of the movie Priyanka Karki, Sauramraj Tuladhar, A Gurung and director Suraj Sunuwar were present in the special show. 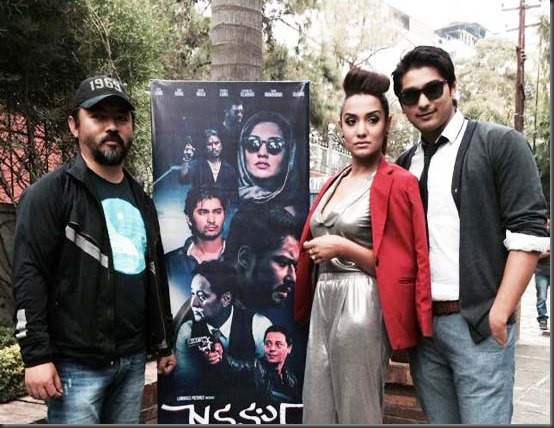 After watching the movie made on a gangster story, the role of Saugat Malla was appreciated by everybody. Saugat has effectively added the life to the character he is featured in. The glamour image of Priyanka Karki in the movie was also appreciated by the viewers. The movie is expected to appeal the viewers of the multiplex cinema in Kathamndu. The viewers of Kathmandu have liked the movie and appreciated the effort of the whole team.