Two new Nepali movies are releasing in theater this week. A triangular love story ‘Bhul Bhulaiya’ and a crime thriller movie ‘Sadanga’ are releasing on March 27, 2015. 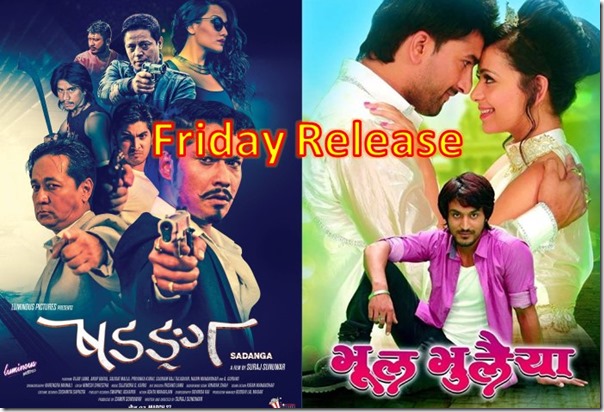 A presentation of Luminous Pictures, ‘Sadanga’ is directedb y Suraj Sunuwar. The movie features Bijaya Lama, Anup Baral, Saugat Malla, Priyanka Karki, Sauram Raj Tuladhar, Nabin Manandhar and A. Gurung. The movie full of well known and talented artists is one of the awaited movies by the viewers. The movie is shot by Narendra Mainali, edited by Nimesh Shrestha, written by Suraj Sunuwar and produced by Samir Snuwar.

The dark comedy crime movie contains a plot about a very powerful and rich man, his sexy and seductive girlfriend, and his employees. One of the employee is tough and ambitious gangster and other is a Casanova-type. The movie is about the greed, lust and deception and complicated relationship.

The movie featuring Jiwan Luitel, Neeta Dhungana and Sohit Manandhar in the leading roles is a presentation of Arush Internationa. Directed by Yogesh Ghimire, the romantic drama movie is written by Shivam Adhikari. The premier show of the movie was held on March 23 among journalist and film personalities.

Before being released in Nepal, the movie was screened in foreign countries, especially in the USA. The actor Jiwan Luitel has been promoting the movie in the USA and other countries. 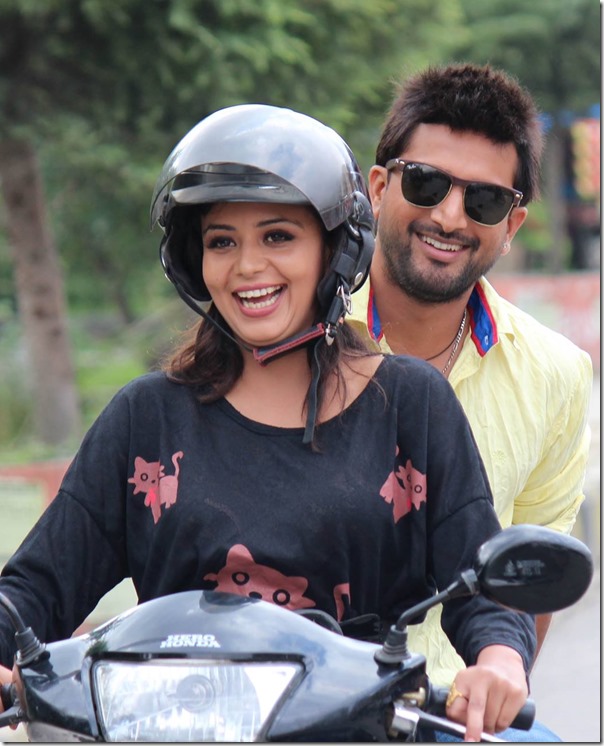 One thought on “Friday Release, Bhul Bhulaiyaa and Sadanga”