The actress of Sunil Rawal’s only flop film ‘Sayaad 2’, Sharon Shrestha has accused the producer of sexual harassment during shooting of the movie.

Does that mean, Sharon was true in all of her statement? 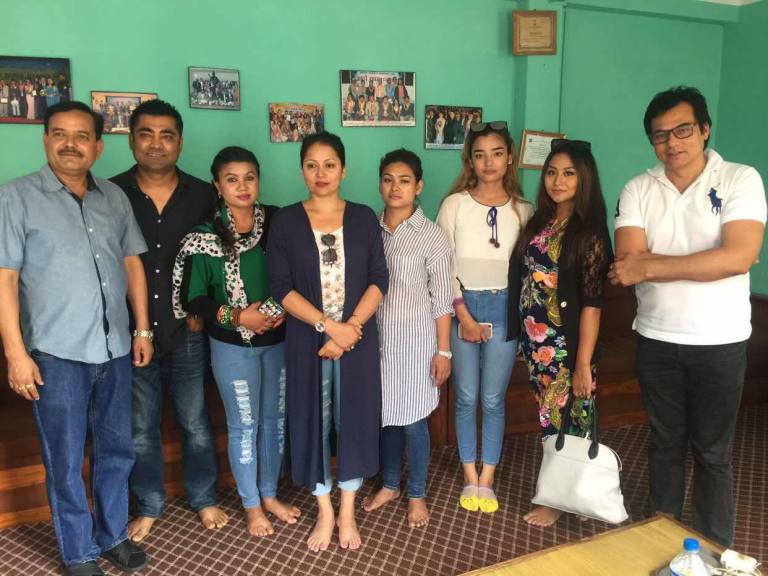 What is in the agreement?

In the agreement between Sunil Rawal and Saron Shrestha – both parties have agreed to end their disagreement, and have agreed not to comment on the personal and professional lives of each other.

According to the statement shared by the Nepali Film Producer’s Association, the agreement was done in the view of Saron’s accusation of harassment. But, it is silent on whether Saron was right or wrong on her accusation. The statement indicates that the producer Sunil Rawal has basically “silenced” the actress.

In the mean time other artists have also come forward to give the statements against the producer. 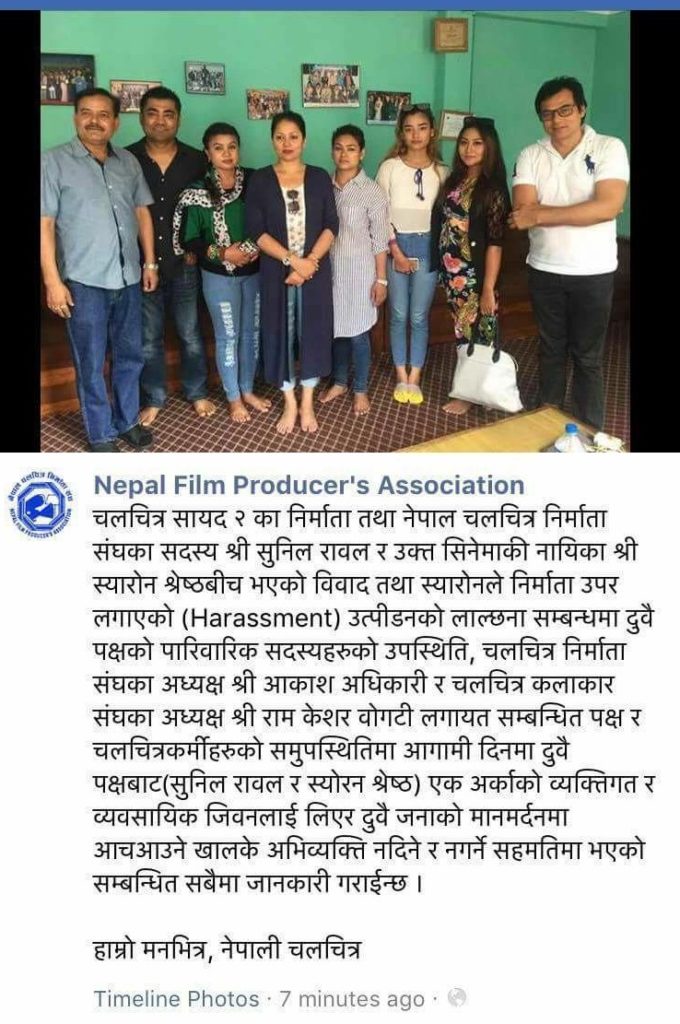 After Saron spoke, another actress, who debuted in Sunil Rawal’s movie ‘Hostel’ also spoke of the harassment she got from the producer. She had told that the producer had done so to not only the actresses but also the male actors in the set.

To explain why Prakriti kept silent at that time she says, “I was afraid my family would never allow me to work in films if the issue were brought to media at that time.”

Prakriti and her husband both have written separate statements agains the producer. 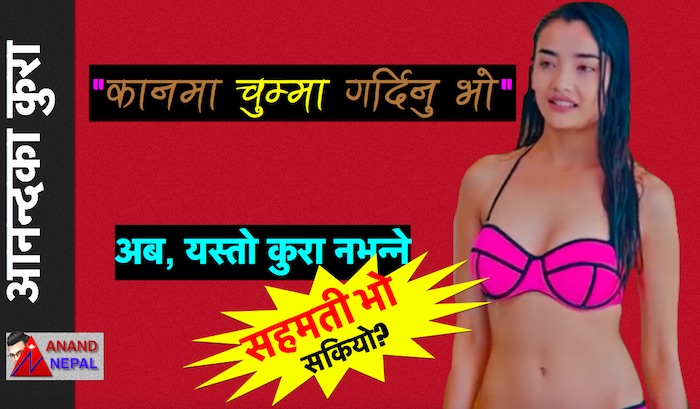