We call our actors ‘heros’ because of the deeds they do in their movies. They are role models and girls dream to marry them. But, many of the top actors in the Nepali film industry are already married. Most of the wives are also the secret of their husband’s success. They might not be as popular as their husband, but they are equally important in the lives of our idols/superstars. Let me introduce you to the wives of Top 10 Nepali Actors:

Before diving into the details, watch a video I prepared a while ago:

One of the most popular actor in the Nepali film industry is Dayahang Rai. Known for his down-to-earth nature and natural acting talent, Dayahang is considered unconventional hero in the film industry. Dayanag is married to Benuka Rai, a singer by profession. Benuka and Dayahang met during a recording of one of her songs and they started seeing each others. Benuka and Dayahang have a son. While Benuka has found a celebrity husband, he has also found a beautiful and smart wife.
END_OF_DOCUMENT_TOKEN_TO_BE_REPLACED

Highly awaited movie ‘2 Rupaiyan’ was the sole release on Friday, September 8, 2017. The movie known for the song ‘Kutuma Kutu’ is expected to be liked by the viewers. The movie is released at the time last weekâ€™s release ‘A Mero Hajur 2’ is doing a good business in theatre. 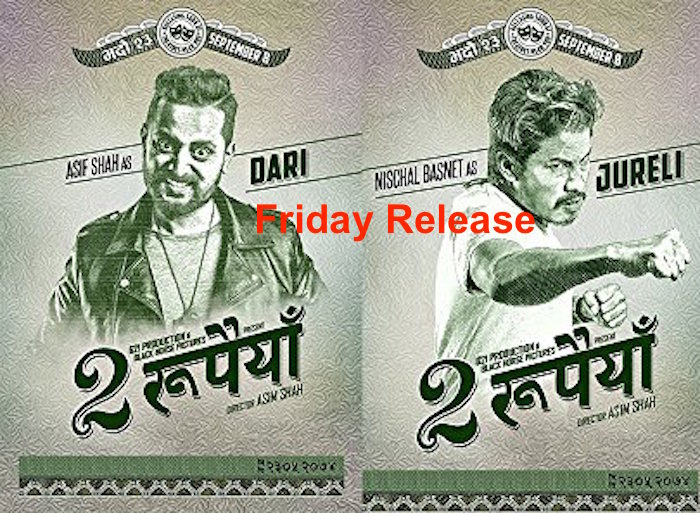 The movie is made on a story of a relatively worthless currency note of Rs. 2 in the transaction of a huge sum of currency. The crime story features action and comedy as the selling point.
END_OF_DOCUMENT_TOKEN_TO_BE_REPLACED

The actress of Sunil Rawal’s only flop film ‘Sayaad 2’, Sharon Shrestha has accused the producer of harassment during shooting of the movie.

Does that mean, Sharon was true in all of her statement?
END_OF_DOCUMENT_TOKEN_TO_BE_REPLACED

END_OF_DOCUMENT_TOKEN_TO_BE_REPLACED

This week, on August 21, 2015 Nepali movie ‘Hostel Returns’ is released in theaters all over Nepal. The movie, previously scheduled to release on May 8 had been delayed by the earthquake of April 25. The movie made on the story of the engineering students living in a hostel features new artists in leading roles. The movie directed by Suraj Bhusal features new actors Sashi Shrestha, Sushil Shrestha, Swostima Khadka, Abhaya Baral and Najir Hussein in main roles.

The movie by noted producer Sunil Rawal is a sequel of his previous hit movie ‘Hostel’ (watch ‘Hostel’ here). Sunil had also produced another hit movie ‘Saayad’ in the past (watch ‘Saayad’ here). Based on his past record of producing hit movies and the success of ‘Hostel’ the movie ‘Hostel Returns’ is also considered one of the most awaited movies of the current time.