Leaders need to lead people for their betterment. But in Nepal, the term ‘leader’ itself is redefined as a person who talks big, deceives public, runs after a post, and earns him/herself a fortune in a record time.

When leaders forgot to lead, people start to fight for themselves. Nepali users of Facebook and Twitter organized a leaderless strike in an effort to pressure the political leaders in doing the job they were elected for, to write the constitution in Maitighar, Kathmandu.

Some photos of the event (photo credits – Nagariknews and NepalDiary) 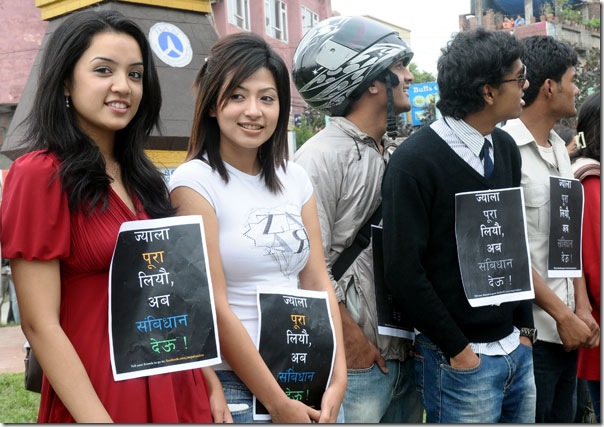 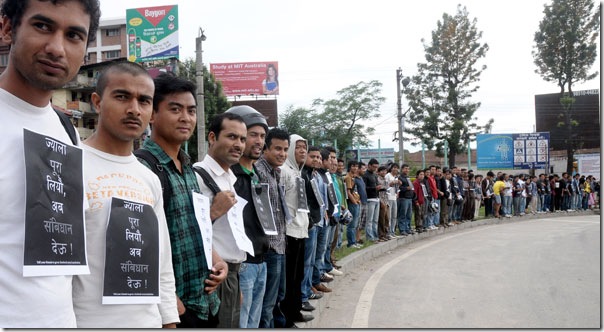 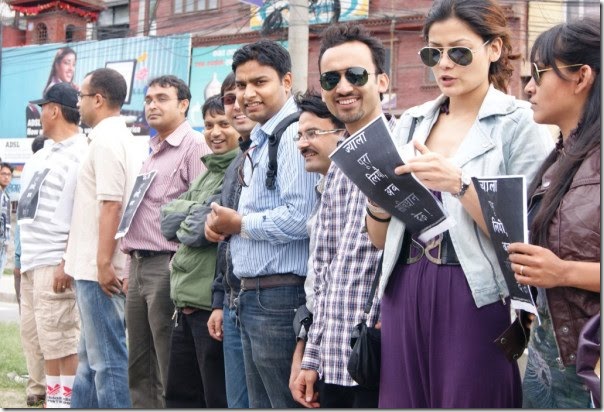 One of the participants read satirical poem that shows the frustration of Nepali youth against the failure of the political leaders to lead the country. The poetic representation of “the current state of ethical bankruptcy among Nepal’s top politicians” is simply hilarious. 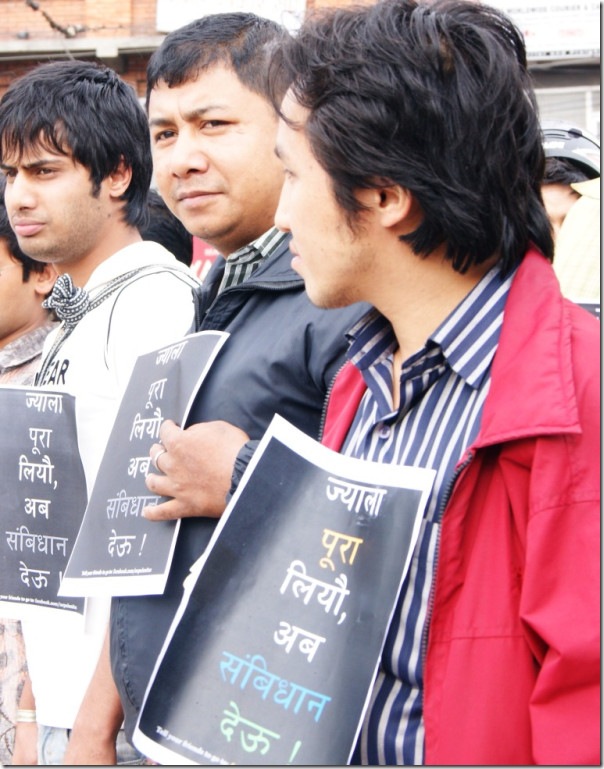 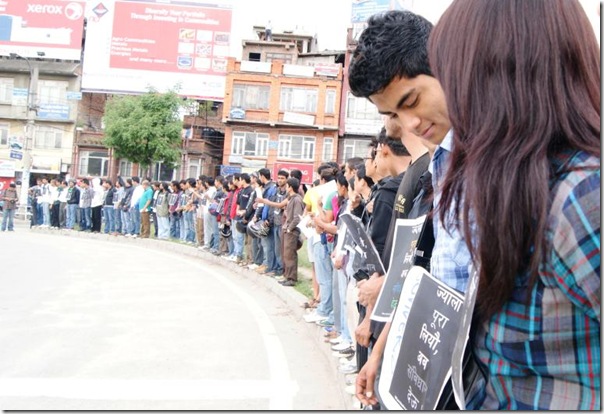 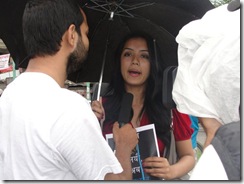 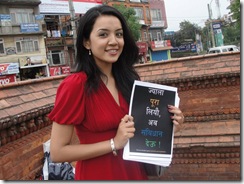 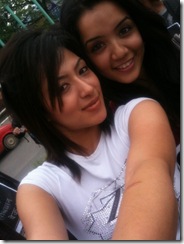 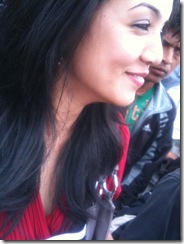 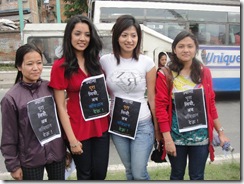 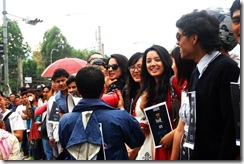