The controversial choreographer of Miss Nepal, Rachana Gurung Sharma, is a well known personality in herself. Choreographing Miss Nepal for the last 25 years and at the time when she was celebrating her silver jublee of choreographing, she has fallen victim of an unusual controversy. She has been accused of bullying.

Here is my video report on the case: 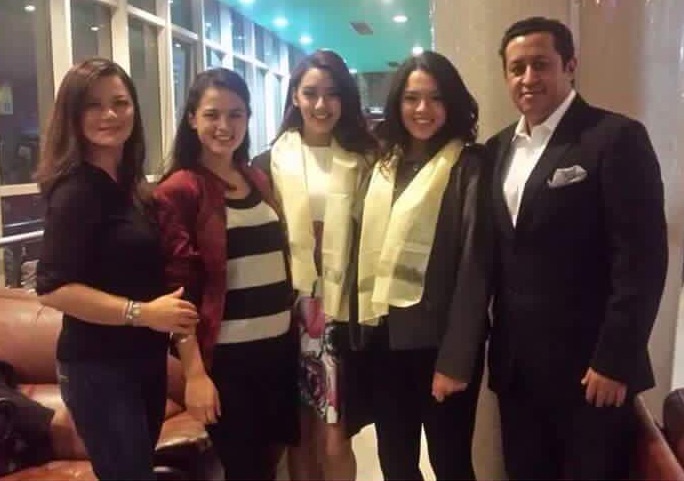 Being strong and straight is her habit of helping the contestants. Some think she is rude in the start. But, as they know her she has noting against others in her heart. A mother of three gorgeous daughters, she is also known as the mother of ‘Jerry’ and ‘Gangster Blues’ actress, Anna Sharma (Annapurna Sharma).

In addition to Anna, Rachana Gurung has two more daughters Ahilya Sharma and Amaliya Sharma. Although she had been the choreographer of Miss Nepal beauty contests, none of her daughter had participated in the contest. According to some reports, Anna Sharma and Amaliya were interested in participating in the contest but, they later decided not to because of the possible conflict of interest issues.

Rachana Sharma was doing modelling for Nanglo Bakery and Cafe in 1994. At that time, the owner of the business, Gopal Sundar Kakshyapati, was planning to organize the beauty contest for Kathmandu Jesses. There were no choreographer in Nepal at that time. Rachana met with Gopal and she was really excited by the proposal. She decided to do the job and that was how she was involved in Miss Nepal.

She is one of the few people involved in the contest to last this long. All the past Miss Nepal have supported Rachana in this controversy. She seems to be tough and no-nonsense choreographer.

I hope Rachana brushes off this controversy and comes out stronger and better than ever before. All the best to her and all the best to Ashmita Maharjan to win the Miss Nepal crown this year.