On her 30th birthday, actress Nisha Adhikari added “Malla” at the end of her name. It is a usual practice of Nepali women to add the surname of their husband at the end of their names. But, Nisha is still single and hasn’t got married yet. Then, why did she added the surname ‘Malla’ in her name?

Watch the following video to know the reason:

Born on October 4, 1986, Nisha Adhikari turned 30 years old today. On the occasion of her birthday, Nisha has thanked everybody who mattered in her lives. The most she has appreciated are the parents and in appreciation of both of her parents, Nisha has adopted two surnames.
Nisha got the surname ‘Malla’ from mother Durga Adhikari’s maiden name and ‘Adhikari’ from her father Khadga Adhikari.

Well, changing or adding word in the surname might is good for an argument, but that is not easy to keep. That had happened to Poojana Pradhan in the past. She had changed her surname to ‘Stri’ and kept for a while but, has recently changed it back to Pradhan. It is another story that Poojana’s legal name is Pooja Gurung (read more about Poojana Pradhan’s name game).

Nisha’s last movie was ‘Jaya Parshuram’, the comeback movie of action star, Biraj Bhatt. The director of the movie, Rose Rana had also debuted as a director in the movie. Now, Nisha is busy in the shooting of her upcoming movie ‘Kumbha Karan’. 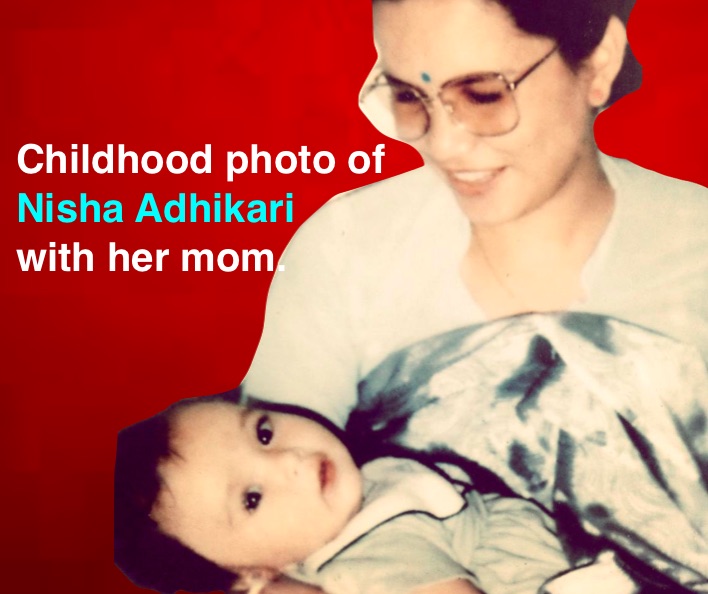 I wish Nisha Adhikari a very happy birthday and wish her a very best year ahead.