Yes, age is just a number what matters is the maturity in the person. But, we still forget the truth and measure a person by the age. It is a usual practice of traditional marriages that the bride is younger than the groom. Nobody questions when a guy twice the age of the girl get married (for example the marriage between Rajesh Hamal and Madhu Bhattarai). But, when the girl is older, questions are raised. 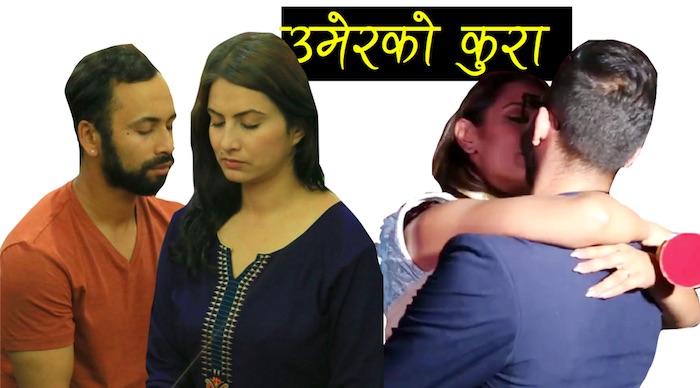 When Priyanka Karki and Ayushman Desraj Joshi started their affair, the headline was “Priyanka Karki having affair with a guy 5 years younger than herself.” Five years is not a big deal.

Now, when Nisha Adhikari is getting married to Sharad Vasawakar,

That makes Sharad 2 years and 2 days younger than Nisha.

Now, she is married to Vesawakar, she is supposed to be Nisha Vesawakar according to the societal tradition. But, there are no hard and fast rules. I asked a question in Twitter – Will Nisha Adhikari be?