It has almost been a month of the devastating Nepal Earthquake and the film theaters are yet to open for business. Although the theater owners had announced the resumption of business on the second week of earthquake, the government found them risky to re-open before comprehensive structural evaluation of the structures. 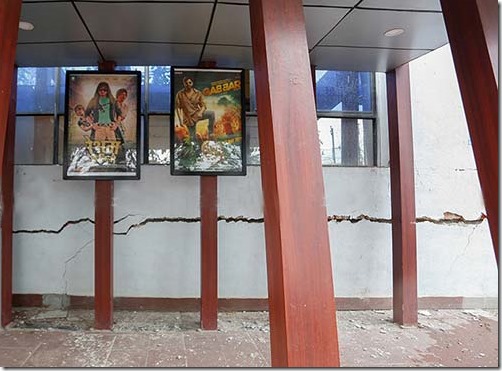 The second big after shock on May 12 caused further damages to the structures and killed some people. The theaters couldn’t open on that week. Now, there is still uncertainty of the safety the theaters as some theaters. The government hasn’t been able to identify the risky and safe theaters so far. According to the spokesperson of Film Development Board (FDB), the government authority will require some more days to publish the full list of damaged theaters.

The film distributer and theater owners have also teamed up to identify the damaged theater and start business soon.

Although theaters in Kathmandu and surrounding area are closed, most of the theaters in earthquake-unaffected area are running as usual.

In this condition, it is highly unlikely the theaters open this Friday on May 22. Even if some are open, people will most likely stay away from these risky structures. As the aftershock tremors haven’t completely stopped, there are always possibilities of more aftershocks.