We call our actors ‘heros’ because of the deeds they do in their movies. They are role models and girls dream to marry them. But, many of the top actors in the Nepali film industry are already married. Most of the wives are also the secret of their husband’s success. They might not be as popular as their husband, but they are equally important in the lives of our idols/superstars. Let me introduce you to the wives of Top 10 Nepali Actors:

Before diving into the details, watch a video I prepared a while ago:

One of the most popular actor in the Nepali film industry is Dayahang Rai. Known for his down-to-earth nature and natural acting talent, Dayahang is considered unconventional hero in the film industry. Dayanag is married to Benuka Rai, a singer by profession. Benuka and Dayahang met during a recording of one of her songs and they started seeing each others. Benuka and Dayahang have a son. While Benuka has found a celebrity husband, he has also found a beautiful and smart wife.

More details of Dayahang’s personal life is available in the following video- Biography of Dayahang Rai:

Another popular celebrity couple in the Nepali movie industry comprises of two celebrities. While Nikhil Upreti is the top action actor in the film industry his wife Sanchita Luitel is the most beautiful actress in the film industry. They both were the top in the industry before they got married. After they eloped to Mumbai to get married, they left the film industry for about half a decade. After that, Nikhil made a successful comeback but, Sanchita is struggling to be successful in her comeback movies. Both Sanchita and Nikhil share the passion in acting.

Nikhil is also married to Kopila Upreti, who he married before he made it big in the film industry and met Sanchita. At the time he eloped with Sanchita he had a toddler son with Kopila. Even after marrying Sanchita Nikhil hasn’t divorced his first wife. Now, Nikhil has a son and a daughter with Sanchita. 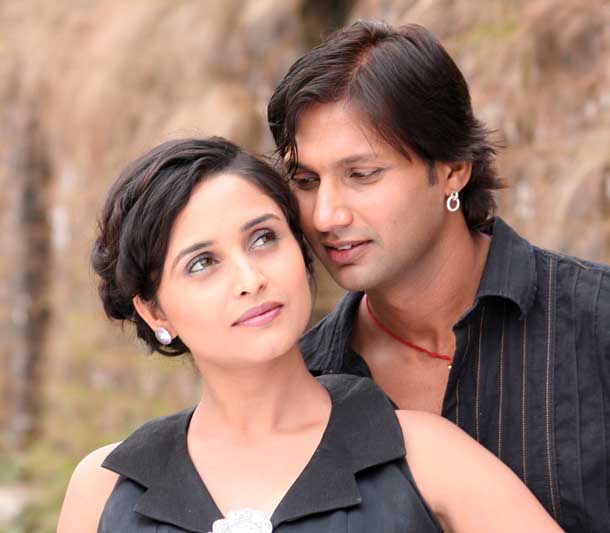 Top actor of the industry Aryan Sigdel is very popular among the new generation. Aryan Sigdel found a beautiful girl, Sapana Bhandari while using Facebook. They got attracted to each other and met in real life. It wasn’t a love fling but a long-term commitment. They got married last year. The beautiful wife of Aryan Sigdel is a very good dancer and she has a potential of becoming an actress. But, will Sapana be an actress is a question, unanswered by both Aryan and Sapana Bhandari.

I had prepared a video on the couple a while ago.: 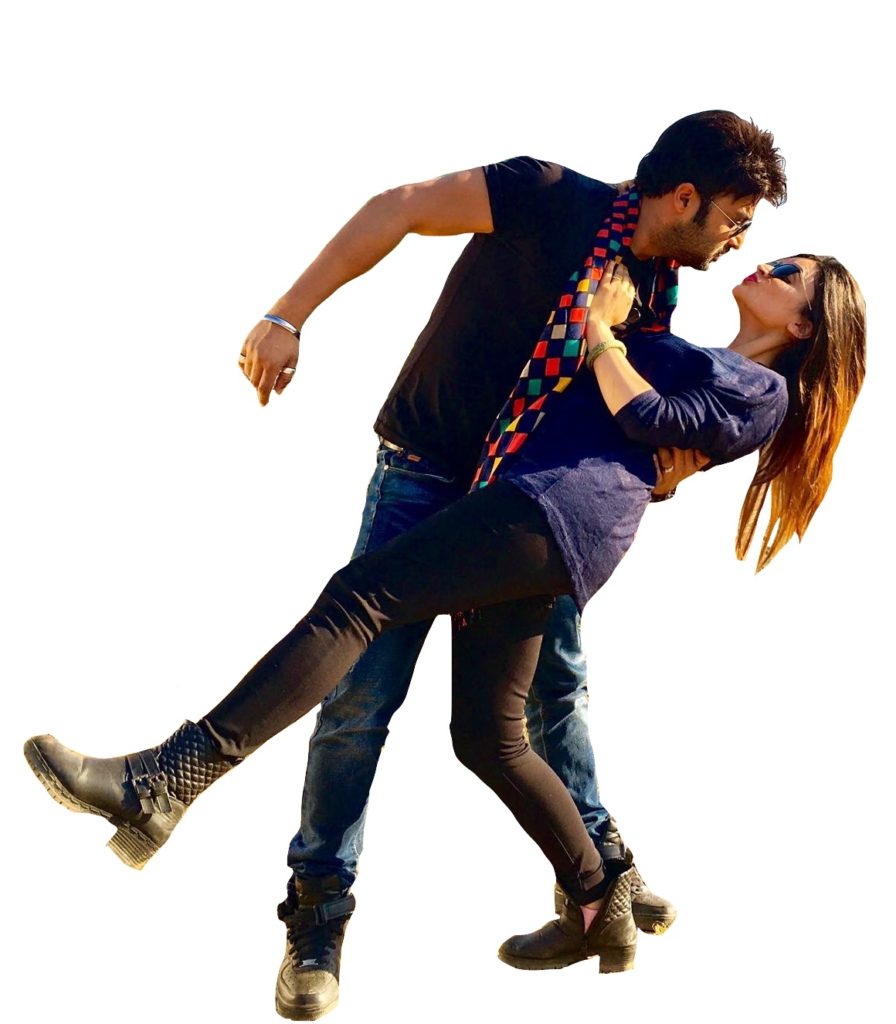 A director, an actor and a singer – Nischal Basnet is a multi-talented personality of the Nepali film industry. He has found a sweet, cute and charming wife, Swastima Khadka. The wife is also an actress who debuted in ‘Hostel Returns’. Her dance in ‘2 Rupaya’ was so popular that the song broke all the records in terms of viewership in YouTube. Swastima had also acted in ‘Chhakka Panja 2’.

I had prepared a video report of their marriage:

The superstar of Nepali film industry, Rajesh Hamal, waited a long time to get married. He got married to a beautiful model, Madhu Bhattarai, when he turned 50-years old. Although half his age, Madhu and Hamal look good together and are envy of many in the film industry. After they married in 2014, they are trying to get baby but have been unsuccessful so far. Madhu is supporting Rajesh Hamal in his career while he is focussing more on social work and behind the scene roles like film direction.

I had prepared many video reports about the couple. The following is the love story of the couple:

Hari Bansa Acharya is one of the MaHa duo – popular comedy duo of the Nepali film industry. He partnered with Madan Krishna Shrestha and produced many successful comedy programs and movies. He married Meera Acharya, a media personality, in 2040 BS. But, in 2011, Meera died of heart disease. After the death of his dear wife, Hari Bansha went into a long depression and didn’t appear in public. After his two sons forced his to get married to Ramila Pathak, the original Hari Bamsha recovered.

After one and half years of the death of Meera, Hari Bansa Acharya married Ramila Pathak and are now living happily together. I have prepared a love story video of the couple:

Bhuwan KC is one of the most successful actors in the film industry with a lot of hit movies. But, his personal life has been very messy. He married Bijaya KC and gave birth to a son and a daughter. But, Bijaya and Bhuwan divorced and Bijaya moved to the USA with the children. When left alone, Bhuwan found Sushmita Bomjom, a new actress from Darjeeling to marry. With Sushmita KC, Bhuwan has a son – Anmol KC. Anmol KC is currently the top actor of the Nepali film industry. But, his relationship with Sushmita also didn’t last long. After divorcing Sushmita, Bhuwan KC is in live-in relationship with Jiya KC. By the way they share photos of each other with Bhuwan’s family, Jiya is a de-facto wife of Bhuwan. Although not married official, it seems safe to assume that Jiya and Bhuwan are a couple. I have recently prepared a video about their relationship.

Madan Krishna Shrestha, the Ma of MaHa duo is the binding force behind the success of the comedy partnership. A social activist, Madan Krishna Shrestha, had a fight with his family when he decided to marry Yasodha Shrestha, a Brahmin by caste. While Madan Krishna was doing his best in acting and producing inspiration and satiric shows, Yasodha was tending his children and taking care of his domestic life. Yasodha is fighting with cancer and Madan Krishna with parkinson disease. The son, Yaman Shrestha, is also working as a comedian and singer after he returned back from the USA. Their daughter is currently living in the USA.

Actor Saroj Khanal was very popular actor more than two decades ago. But, he went to the USA and lived there for a long time. But, he made a comeback a couple of years ago and has re-established himself as a very good character actor in the film industry. Still looking young, Saroj is featured as the father of leading characters in a lot of recent movies. Saroj is married to a well known actress of her time, Suryamala Sharma. Suryamala stopped acting after she got married and went to the USA with her husband.

I prepared a video about Saroj’s return to Nepal.

The couple of Sitaram Kattel and Kunjana Ghimire is one of the most popular comedy couple in Nepali entertainment industry. They became popular after they were featured in ‘Meri Bassai’ as Dhurmus and Suntali. They have formed a Dhurmus Suntali Foundation for social work after earthquake of 2015. These days they are more active in social work than in acting. They have built numerous houses for earthquake victims, flood victims and such natural calamities victims. Sitaram and Kunjana have a daughter.