At the time of the release of Anmol KC’s upcoming movie, ‘Kri’ I am reposting the list of full movies of Anmol KC.

This is the collection of all the films of Anmol KC available online. Anmol KC debuted as a lead actor in his first movie ‘Hostel’. But, before he acted in leading roles, he had also made short appearances in a number of movies as a child artist and he had also appeared in ‘Sathi Ma Timro’. The fifth movie of Anmol KC ‘Kri’ shooting has completed recently and is scheduled to release at the time of Valentine Day of 2018. 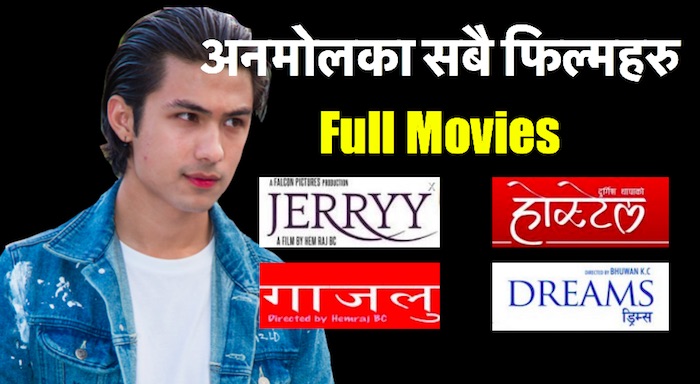 Let’s start with the movies he was featured in leading roles.

More information about ‘Gajalu’ is written in the xNepali movie page. The movie is the debut movie of Miss Nepal 2012, Shristi Shrestha. It is the fourth movie of Anmol KC in leading role, all of which were successful. Other actors in the movie are Salon Basnet, Gaurav Pahadi, Menuka Pradhan, Gauri Malla, Bishow Basnet and Krishna Malla.

After the success of â€˜Hostelâ€™ and ‘Jerryy’; â€˜Gajaluâ€™ marks the hat trick of successful movies of Hem Raj BC. All these movies featured Anmol KC in leading roles. (Watch them below)

The directorial debut of actor Bhuwan KC featuring his son Anmol in leading role introduced a new actress, Samragyee RL Shah. After the success of the film, the actress established herself as the highest paid actress while Anmol is named the highest paid actor in the Nepali film industry. With Anmol and Samragyee, another actress Sandhya KC had also debuted in the movie. Full details on the movie and the artists is available in the xnepali movie page.

This is the second movie of Anmol KC in leading role. The movie introduced Anna Sharma, as a new actress in the film industry. Anmol and Anna were rumoured to be seeing each other. The actress was also close to Anmol’s mother and they had shared photos of them together in one of their birthdays. The affair was short-lived as Anna found another boyfriend. The relationship status of Anmol is not known after that. Full details on the movie is available in xnepali movie page. I had also posted xNepali movie review of the movie at that time.

This movie is not available now.

The debut movie os Anmol KC as a lead actor in the Nepali film industry became the hit movie. With Anmol, the movie also introduced actors like Gaurav Pahadi, Prakriti Shrestha, Rista Basnet, and Salon Basnet in the film industry. Most of the actors are celebrity children. Anmol is the son of Bhuwan Kc, Gaurav Pahadi is son of Tika Pahadi. Rista is daughter of Bipana Basnet and Salon is the son of Shovit Basnet. Visit xNepali movie page.

After the success of ‘Hostel’ a sequel of the movie was also produced titled ‘Hostel Returns’.

The first movie Anmol was featured as an adult was Bhuwan’s home production movie. Read more about it in xNepali movie page. In the 2012 movie, Anmol is only featured in a song while the lead actors are Bhuwan KC and Rekha Thapa.

Note: This post was prepared for Bhakta Limbu. As he hadn’t watched any movies of Anmol KC, I decided to prepare a single post with all the movies of the actor. I dedicate this post to all the Anmol KC fans! 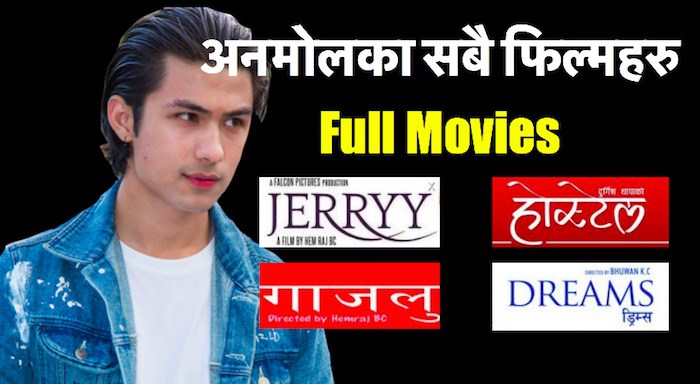