The audio of the movie ‘9 O’clock’ was released in a program in Kathmandu on Dec 16. The audio was launched by poet Usha Sherchan, actress Sumina Ghimire and the director Baburam Dhakal. Three songs in the movie are sung by singers Rajesh Payal Rai, Rajina Rimal, Indira Joshi and Shiva Pariyar. 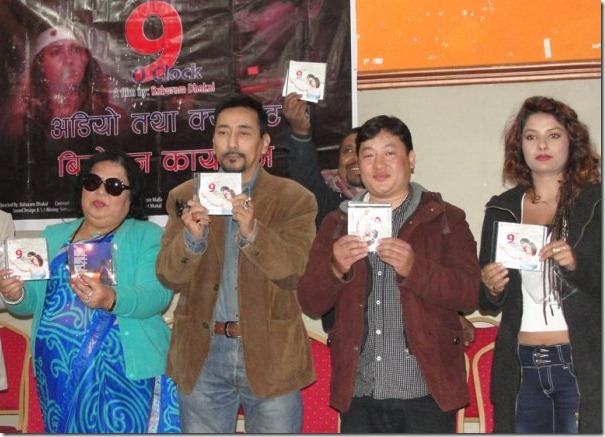 The movie had been controversial from the start because of sex content in the movie. The script of the movie was accused to be vulgar by the FDB. Previous named ‘a 69’, the movie was renamed later to sound like a decent movie.

During the music launch the director Baburam Dhakal told, although the movie is sex-centered but, it doesn’t have sex-scenes as rumored. The actress Sumina Ghimire tried to dilute the sex issue by telling she would prefer to watch the first show of the movie with her family. 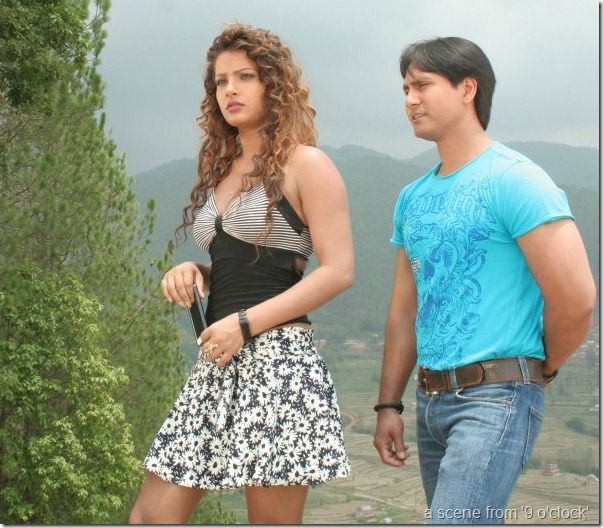 One thought on “9 O'clock audio released, movie made on a sex-centered story”