The movie scheduled to release next week, ‘Champion’ has been halted by the Censor Board after an artists lodged a complaint against the film makers. According to the report, the issue with the artist should be solved before the Board will make on the decision of granting permission. 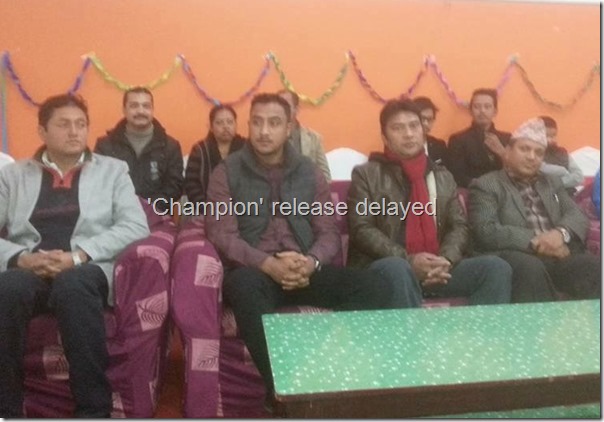 The ‘Champion’ makers initially announced that the actors Nikhil Upreti and his wife Sanchita Luitel will be featured in the leading role. But, as the shooting time neared, Nikhil couldn’t set aside time for the shooting of the movie and they had to find another actor to lead in the movie. The producer also told that Nikhil wasn’t comfortable in being featured as a cricket player as he wasn’t much familiar with the game.

I wrote about Nikhil being replaced by Dikpal Karki in a previous post. But, now, it is apparent that there was another artist who was promised the role before Dikpal Karki was finalized. According to report, Uddav Nepal was promised the role before Dikpal.  This information was revealed when Uddav lodged a complaint against the movie to the Film Development Board. In the complaint he has accused the movie producers of not paying him for the work he did and was defamed by the producers.

The director BB Phuyal told that Uddav Nepal had told them that he was a cricket player and signed an agreement to do the leading role. But, at the time of shooting he was found not to know the game. Nepal has lodged the complaint based on the agreement document.

‘Champion’ is a sports drama movie – the first movie made on cricket game. The movie release date was announced in an event held in the end of January. The caption of the Nepali cricket team Paras Khadaka was also present in the event. The movie features Dikpal Karki and Manjita KC in leading roles. 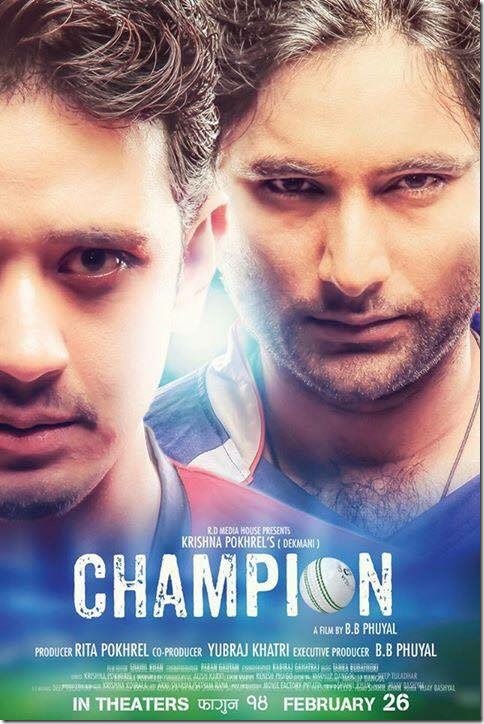