This is a huge moment for actress Shweta Khadka. After a long depression, the actress has made a comeback in the film industry as an actress and a producer of her upcoming movie ‘Kanchhi’. The first song of the movie released today shows a lot of potential. In an event held in Kathmandu on November 2, the song made on a folk tune – ‘Chari Chatta Pari…’ of the movie was released. The song made on the lyrics and the music of Rajanraj Siwakoti features Rajan Raj with Anju Panta’s voice.

The song features the choreography of Basanta Shrestha and features Shweta Khadka with Dayahang Rai and Prajjwal Sujal Giri. ‘Kanchhi’ is shot in locations like Mustang, Upper Mustang, Jomsom and Kathmandu.

The movie is scheduled to release on Magh 26 is directed by ‘Kohinoor’ director, Aakash Adhikari. The movie was the last movie of late actor Shree Krishna Shrestha. Shweta is making a comeback after the death of her husband right after the release of the movie. With Shweta and Dayahang the movie also features Anu Shah, Prajjwal Sujal Giri and Bhumika Shrestha. Bhumika Shrestha is a transgender activist. The movie is set in a remote village.

Talking in the event Shweta Khadka remembered her late husband and told that the movie is a presentation to Shree Krishna. In the movie she is featured as the leading character – Kanchhi. In the event, the artists of the original ‘Kanchhi’ movie, Shiva Shrestha and Sharmila Malla were also honoured. The superhit movie of that time, ‘Kanchhi’ was released 23 years ago.

The cinematographer of the movie is Purushottam Pradhan, music composed by Sambhujit Baskota, Arjun Pokharel and Rajan Raj Siwakoti.

Video comment – Dayahang Rai is known to be a bad dancer and he has proven himself in a lot of videos. But, in this video he has performed decent moves. The choreographer should be appreciated for identifying the strength and weakness of Daya and presenting him in a presentable form. The song is catchy and interesting. Will it be as successful as ‘Supari dana…’? I don’t think so. Enjoy.

Please watch the original movie ‘Kanchhi’ and comment if you think the new movie will be as successful as the original. 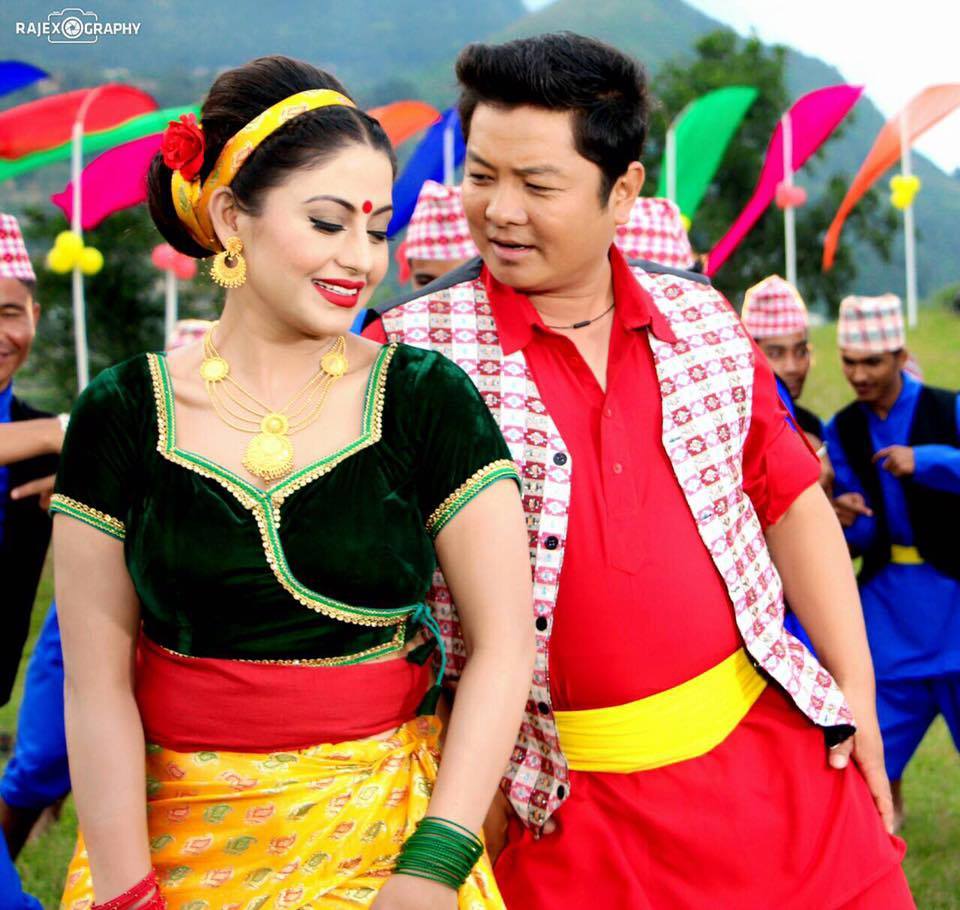