The movie is the 11th movie by producer Chhabi Raj Ojha under Rekha Films banner. The movie is the fifth movie by Rekha films banner. That was before Rekha and Chhabi decided to divorce. The movie directed by Sabir Shrestha featured Aryan Sigdel opposite to Rekha Thapa. After the movie, actor Aryan and Rekha stopped talking with each other for about six years. They met in 2017 to work in ‘Rudrapriya’, released in Tihar this year. The movie however failed to impress the viewers. The movie also won the Best Movie award at the CG Film Award. (Read more on CG Film Award 2011) The movie also won National Film Award for the art director – Nirjal Shrestha. (Read more about National Film Award of 2014)

Rekha Thapa, the lead actress is also the producer of the movie. Although Rekha’s husband at that time took all the responsibilities of producing the movie, she was in the process of learning film production. After Rekha and Chhabi separated the next year, Rekha started producing movies under the banner. After the first movie ‘Kali’, Rekha has recently released another movie from the banner. In the last movie ‘Rudrapriya’ the couple of KCMM – Aryan and Rekha have repeated.

Aryan Sigdel started acting in Rekha Films banner films. After being successful actor opposite to Rekha, he started acting in other successful movies in other banner. Rekha and Aryan were in bad terms for the last few years until Rekha signed in Aryan to act he opposite. But, the failure of the movie will likely impact the friendship.

The director of the movie, Sabir Shrestha was repeated in several of Rekha’s films. 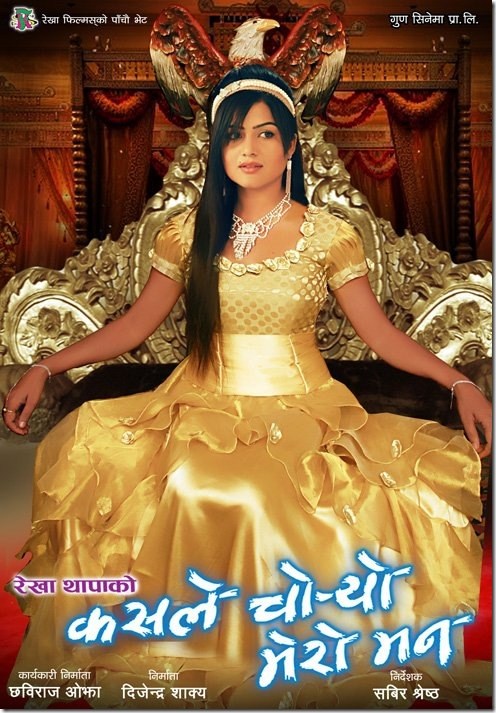