About ‘Bracelet’
Bracelet marks the comeback of one of the well known actors of the past, Ramesh Upreti. Produced under Kotaki Kalika Devi Films banner, the movie is produced by Keshav Bhattarai. The movie was first announced in March of 2015. A week after the formal announcement, the shooting of the movie commenced in Pokhara. One of the songs of the movie featuring the dance of Ramesh Upreti and Rajani KC was very popular.

The cinematographer of the movie is Sudip Baral, music composers are Tara Prakash and Deepak Sharma, producer is Neeta Bhattarai. The editor of the movie is Bipin Malla, choreography by Gobinda Rai and Kabiraj Gahatraj, action by Himal KC. The writer is Jaya Ojha, background Score by Tsujil Karmacharya. The lyrics of the songs in the movie are written by Madan Ghimire, Shanti Priya, and Deepak Sharma. The singers of the song are Rajesh Payal Rai, Pashupati Sharma, Yubaraj Chaulagain, Tika Pun, Prabisha Adhikari, and Durga Pariyar.

The actor Ramesh Upreti made a comeback in the movie. That was almost five years after Upreti returned back to Nepal from the USA. The movie however couldn’t impress the audience. After the release in 2015, no other movies of Ramesh Upreti has been released till now (as of July 2017). The movie features two actress Rajani KC and Namrata Sapkota. Rajani KC is a well known actress and this is her third movie after ‘Loafer’ and ‘Paradeshi’. Rajani KC’s teamup with Prashant Tamang in ‘Paradeshi’ was liked by the viewers. Namrata Sapkota is a well known music video model. Her acting in superhit movie ‘Chhakka Panja’ was liked by the viewers. 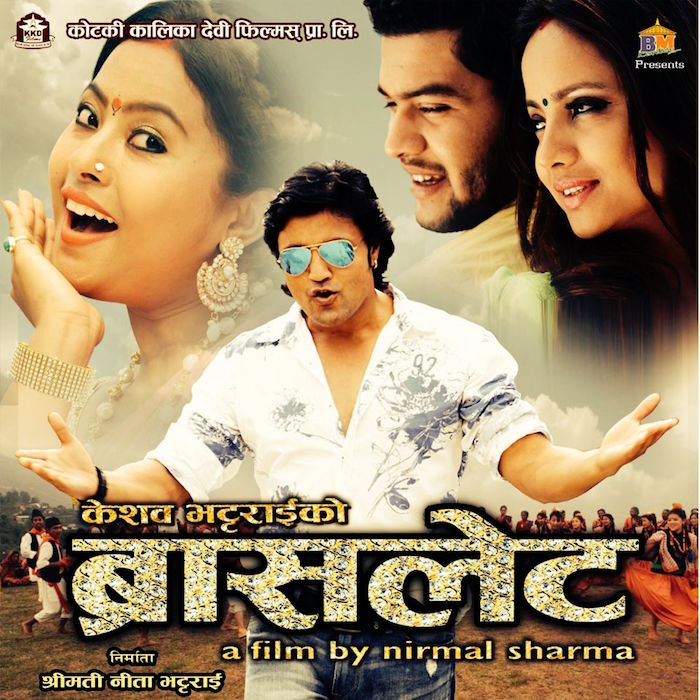