A presentation of Poozana Films, ‘Chocolate’ is a movie made on a story based on child psychology. The director Nirma Sharma debuted as a director in the movie (report). He was well known as Gaida after his comedy role in the popular TV serial ‘Tito Satya’. The producer, Poojana, in an interview had admitted that the movie had flopped (watch the video report attached at the end). The movie was released in December of 2015.

The movie was premiered in Hong Kong before it was released in Nepal (read report). For the promotion of the movie the actress had asked almost every artists to send their best wishes and told their fans to watch the movie.

Star Cast of ‘Chocolate’
The movie features the producer, Poojana Pradhan, in leading role. In real life, Poojana runs an orphanage at her home. She is raising some children. The movie is a story of similar children. Some of the children she has been raising are also featured in the movie. Other artists in the movie are new faces. 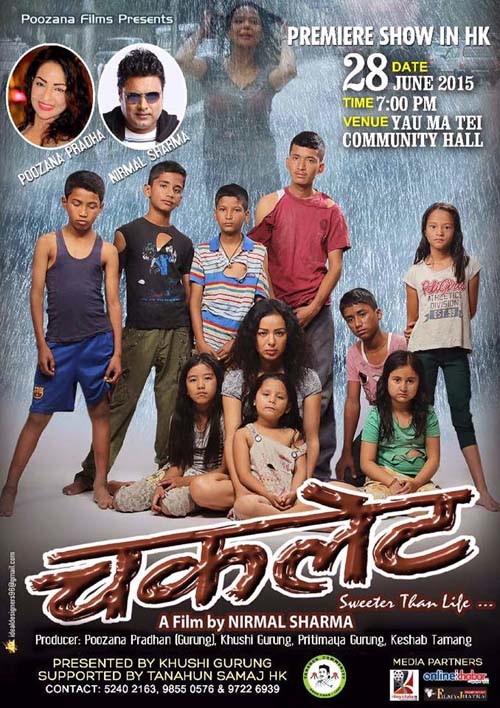