A presentation of Poozana Films, ‘Chocolate’ is a movie made on a story based on child psychology. The director Nirma Sharma debuted as a director in the movie (report). He was well known as Gaida after his comedy role in the popular TV serial ‘Tito Satya’. The producer, Poojana, in an interview had admitted that the movie had flopped (watch the video report attached at the end). The movie was released in December of 2015.

The movie was premiered in Hong Kong before it was released in Nepal (read report). For the promotion of the movie the actress had asked almost every artists to send their best wishes and told their fans to watch the movie.

The producer, writer and the actress of ‘Chocolate’, Poojana Pradhan has expressed her frustration in Facebook after the movie failed to attract enough viewers. The debut movie of Poojana as a producer was made on the story of street children was released in theatre on Friday, December 4. Poojana had been supporting orphan children in her home and was also involved in Jayasangat movement. She had written the story based on her experience with the children and had high hopes from the movie.

In a Facebook post Poojana wrote, “‘Chocolate’ flopped because you didn’t watch it.” She had claimed that she has written a very good story and she had good intentions from the movies, but she didn’t get the support from the viewers. She has also told that the  status is the last status she will update in Facebook.

‘Chocolate’ is the debut movie the director Nirmal Sharma. Known as ‘Gaida’ in popular comedy serial ‘Tito Satya’, Nirmal has also directed another upcoming movie ‘Bracelet’. In a Facebook post, Nirmal has written, “Hold on, god knows what he is doing!”

END_OF_DOCUMENT_TOKEN_TO_BE_REPLACED

The debut movie of actress Poojana Pradhan, as a producer, ‘Chocolate’ is releasing on theater on December 4, 2015. The movie made on street children is also the debut movie of comedy actor Nirmal Sharma, as a director. The movie featuring Poojana in the leading role was shown in various countries before being released in Nepal. Poojana’s was also planning to show the movie in the USA but the plan failed when she failed to get the US visa.

There are 6 songs in the attached audio jukebox. One song, ‘Hadh Bhanda Badhi’ has three versions – duet, male and female versions. The list of songs and the singers are as follows:

END_OF_DOCUMENT_TOKEN_TO_BE_REPLACED

According to the organizer’s website Nepali participants in the festival are Nandita KC, Suman Bista, Keki, and Poozana. The narrative feature films participating in the festival from Nepal include ‘Tulsi’ and ‘Chocolate’. Narrative short films include ‘Sacrifice Never Die’, ‘Tata Bye Bye’ and ‘Tulsi’.

END_OF_DOCUMENT_TOKEN_TO_BE_REPLACED

A red-carpet premier of actress Poojana Pradhan‘s production movie, ‘Chocolate’ was conducted in Hong Kong. Poojana and director Nirmal Sharma are currently in Hong Kong for the premier. 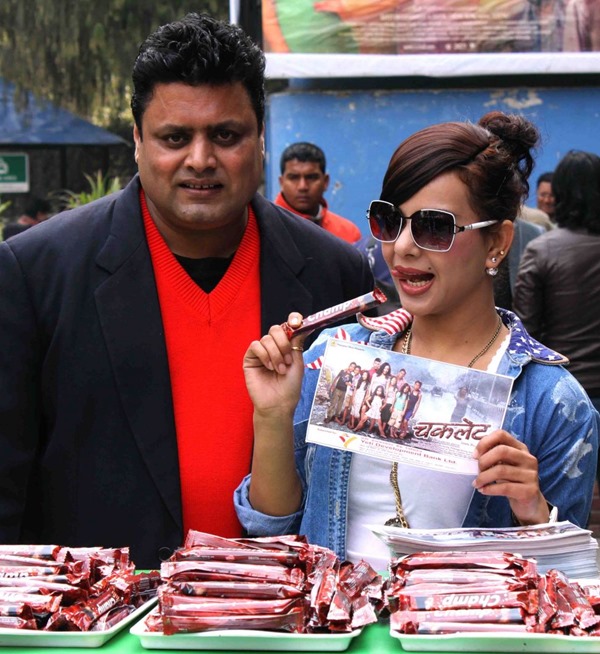 The movie made on the story of street-children is written and produced by Poojana Pradhan. Poojana had been raising  orphan children and has first-hand knowledge on the condition of street children.

END_OF_DOCUMENT_TOKEN_TO_BE_REPLACED

Comedy artist Nirmal Sharma is expanding his role in Nepali movie industry in recent days. He had joined hands with Deepak Raj Giri in producing a comedy movie titled ‘Chha Ekan Chh’. His next project is going to be directed by himself and produced by actress Poojana Stri. The movie titled ‘Chocolate’ is going to be made on the story of street child. 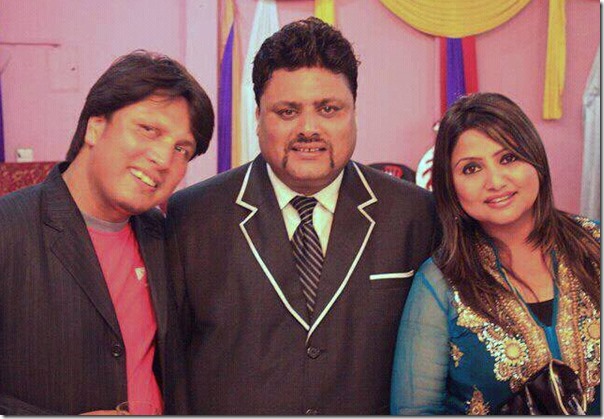