The movie ‘Jaljala’ is about the Maoist civil war and is a presentation of The Revolutionary Cine Concern. It is sponsored by Maoists and the story of the Maoist war in Nepal and a fighter named Jaljala was made into a movie to justify the civil war. The leading actress Rekha Thapa featured as the leading lady in the movie became close to the Maoist leaders while doing the film. She later joined the party. But, her political journey was cut short when she left the party to join Rastriya Prajatantra Party. During the election, Rekha and Ayush were also featured in a political song used for the promotion of the party candidates.

The Maoist leader Nandakishor Pun (Pasang) is named the person behind the movie. The guest artists in the movie are Ganesh Bhandari, Maila Lama, Hari Siwakoti, Purushottam Dhungel and Deepesh Pun. The official producer of the movie is Kashiram Bhusal, action direction by Rajendra Khadgi, art direction by Gopal Bhutani, background score by Manoj Rajbhandari, editing by Milan Shrestha, script / dialogue by Maunata Shrestha, choreography by Kabiraj Gahatraj, cinematography by Bishnu Kalpit and music by Chetan Sapkota. The story of the movie is written by the director Shivaji Lamichane. The movie was released on January 11, 2012. 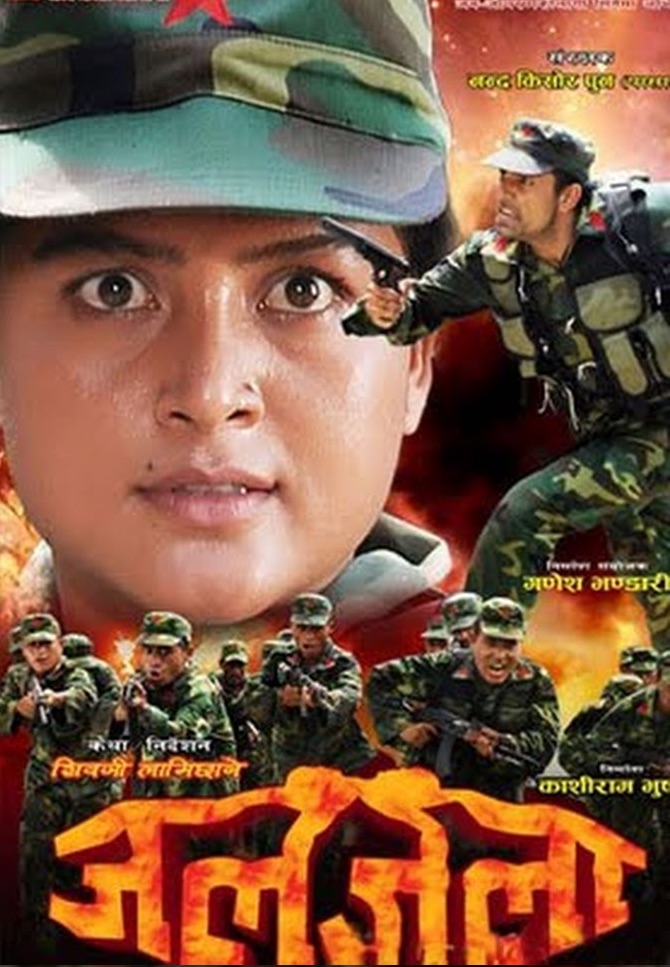 Rekha Thapa – The top actress of Nepali film industry, Rekha Thapa is featured as a Maoist fighter – the lead character in the movie. Full list of the movies featuring Rekha are listed in the following link:

old version of the movie: