Technical details of the movie – Made under Golden Hills Pictures and Basuling Films banner, the movie introduces Prakash Jung Shah and Sid Kharel in the Nepali film industry. The choreographer is Rajendra Rajbahak, editor is Surendra Poudel. The dress in the film are designed by Alesx Basukala, action by Chandra Pant, director of photography is Purushottam Pradhan.
The screenplay is written by Prakash Jung Shah and Prabesh Poudel. VFX by Rupak Pariyar and Sagar Gahatraj, Music is directed by Deepak RJ, Background score by Iman Bikram Shah. Sound design by Uttam Neupane, colorist is Rajan Moktan. The censor board had given a PG certificate to the film – a film, children can also watch in parental supervision. The film is produced by Dambar Chand. 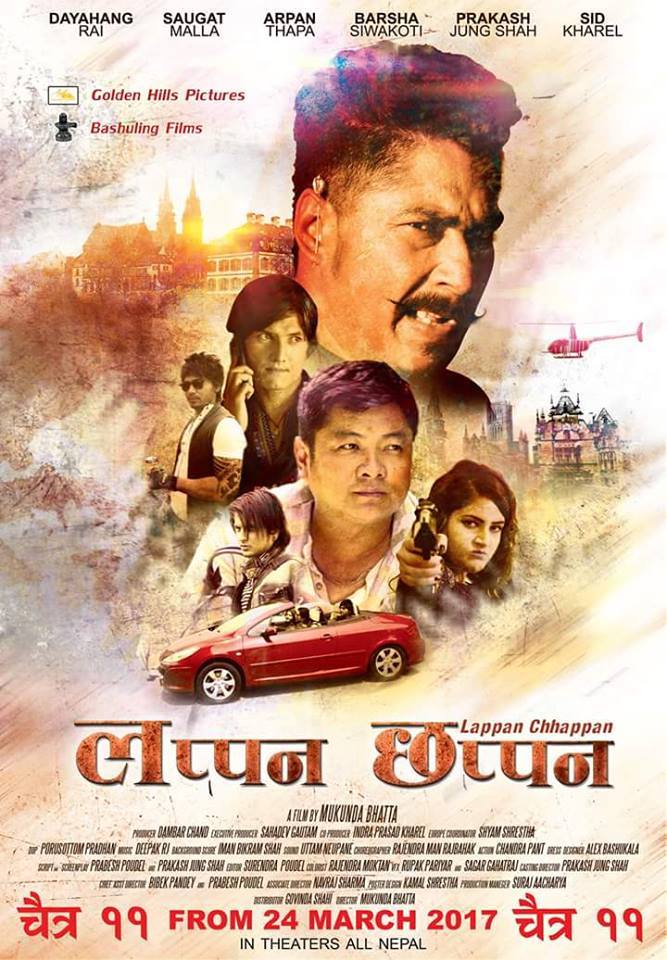