Barsha Siwakoti is known for being selective in choosing her films. The movie released last year – ‘Mero Paisa Khoi’ went through a lot of controversies. One of them was the distance between two Barsha. Siwakoti left the film right after Raut entered the team. Siwakoti was told to be afraid of being in the shadow of Raut.

Siwakoti says that she has nothing against Raut. Raut says the same. But, the rumours are not dying.

Watch the following videos of Raut and Siwakoti to know the truth:

After a number of Miss Nepal trying their luck in the Nepali film industry, another Miss Nepal, Nikita Chandak, is debuting in an upcoming movie. 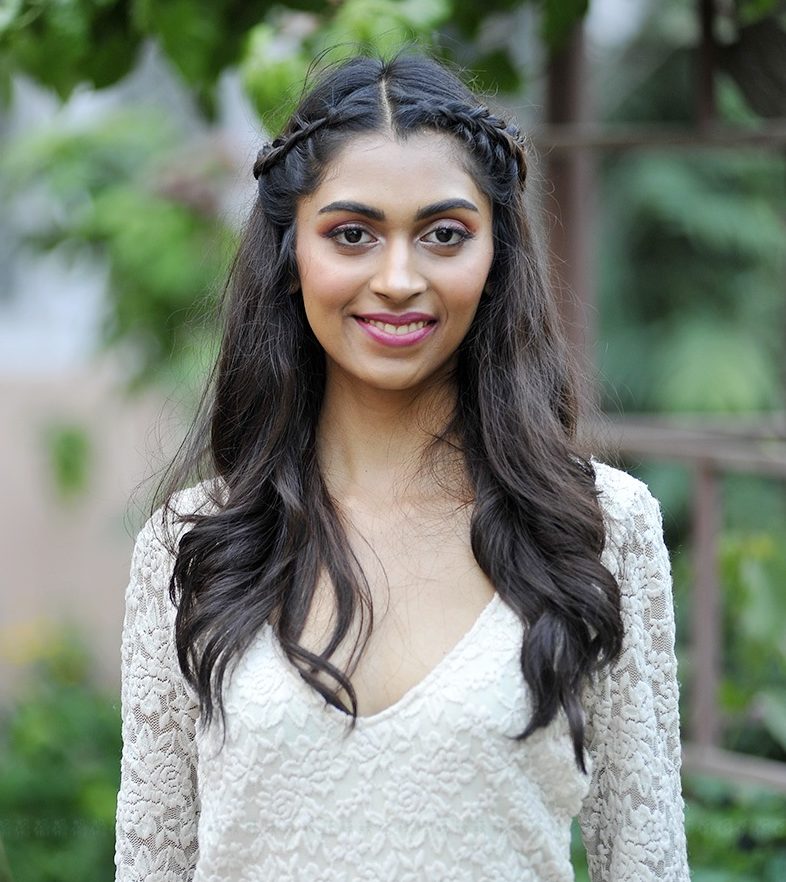 The movie is titled ‘Rani Mahal’. Earlier, actress Barsha Siwakoti was selected to be featured in the film. But, after Barsha left the film, Nikita has got the opportunity in the film. The announcement has come within a week of the selection of the new Miss Nepal.

First Miss Nepal Ruby Rana, Sumi Khadka, Jharana Bajracharya, Malvika Subba, Jenisha Moktan, Malina Joshi tried their luck in acting, None of these beauties were successful. Miss Nepal 2011 Shristi Shrestha’s debut movie, ‘Gajalu’ was successful. The movie featured Anmol KC and his presence in the film helped Shristi in her acting career. The second film of the actress is yet to be released.
END_OF_DOCUMENT_TOKEN_TO_BE_REPLACED

About the film: This is a romantic movie with a social message. This is a story about a women’s wrong choice in life and the difficulties she faces to come to terms with and to overcome these challenges. The film is about a social issue and the character’s challenge to the stereotypes on womanhood and its boundaries.The movie was released in July of 2017. (Release news)

Watch the short clips of the movie:
END_OF_DOCUMENT_TOKEN_TO_BE_REPLACED

Two Barsha – Barsha Siwakoti and Barsha Raut left ‘Nai Nabhannu La 5’ because of the roles they were offered in the movie. The reasons of the rejection of the movie by the two actresses is said to be because of their roles relative to Swastima Khadka. Swastima is featured in the leading role and the roles of the two actresses were that of characters that were older than Swastima. 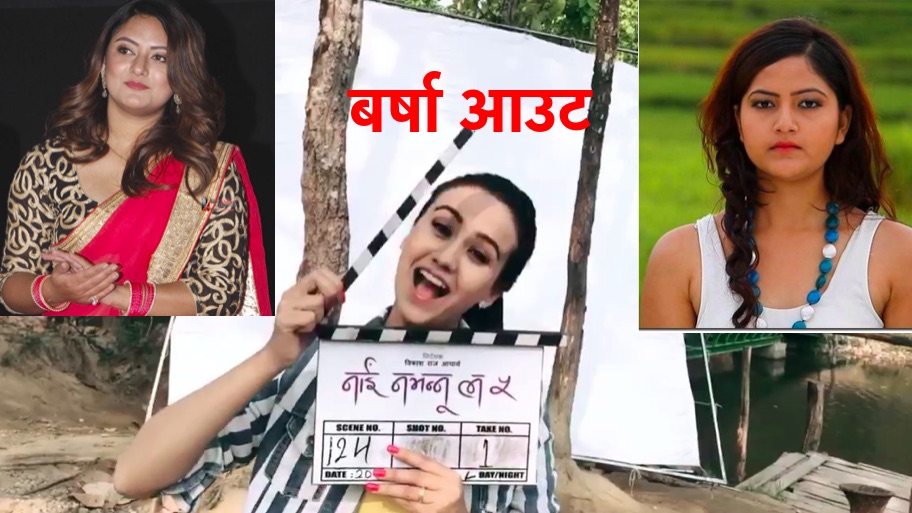 Barsha being fat, was offered the role of an elder sister of Swastima Khadka. But, as they are of similar age, Barsha didn’t want to be tagged as an older woman when compared to Swastima. That was the reason Barsha said she rejected the role. Watch the following video report:

END_OF_DOCUMENT_TOKEN_TO_BE_REPLACED

It is Magh, one of the coldest months in the year. While everybody was wrapped up in clothes, actress Barsha Siwakoti was wearing nothing much to cover up her body in Kathmandu. That was the scene of the announcement of a new movie featuring Barsha in leading role, ‘Rani Mahal’.

Watch the following video report to know it all.

END_OF_DOCUMENT_TOKEN_TO_BE_REPLACED

Nepali movies ‘Karkhana’ and ‘Kamina’ were the two movies released on the theatre in Nepal on Friday, June 30, 2017. In addition to offline release of movies, the online releases have also been important these days. So, starting today, I will also add the new releases on online.

Among the two moves to release in theatre in Kathmandu, ‘Karkhana’ has received a high amount of publicity because of the stars Sushil (‘Hostel Returns’ actor) and Barsha Siwakoti (‘Pashupati Prasad’ actress). The movie also organized a premier event before the official release of the movie. The main attraction in another movie is actress Mahima Silwal. Mahima is well known for her hot avatar in movies.

Click on the links to watch the full movies:

A movie by Asutosh Films Production ‘Subba Sab’ is a presentation of Subha Sachhama Music by Hira Mani Neupane. The story writer of the story Hira Mani Neupane is also the music composer of the songs. Dipak Adhikari is the assistant director, lyrics by Sharmila Neupane, dance by Kamal Rai and Govid Prabhat, cinematographer is Pawan Gautam. Playback singers in the movie are Anju Panta, Milan Amatya, Sanjay Tamruk, Sanjog Yogi, and Devid. The government ranking of the movie is – ‘U’ suitalbe for any type of viewers.

The movie ‘Subba Saab’ was released in the last Dashain, with another movie ‘Kismat 2’.

It is a clash between the action star Nikhil Upreti and new age Dayahang Rai and Saugat Malla in theatre. Two awaited movies ‘Lappan Chhapan’ and ‘Nirbhaya’ were released in theatre on Friday – March 24, 2017. 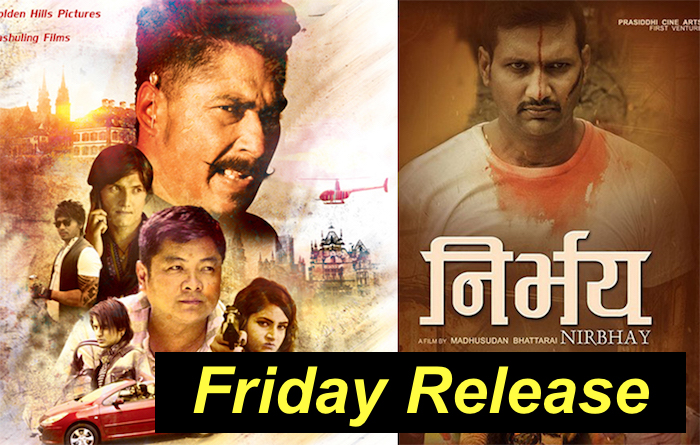 The movie ‘Lappan Chhappan’ features the actors liked in multiplex cinema – Dahayang Rai and Saugat Malla. The movie directed by Mukunda Bhatta also features Arpan Thapa and Barsha Siwakoti. The stars have high hope from the gangster movie. The movie is also termed as ‘Loot 3’ by some as the movie features the same actors of Loot in leading roles. The actress, Barsha Siwakoti, seen in sober roles in her previous movies, has become a modern girl in ‘Lappan Chhappan’.
END_OF_DOCUMENT_TOKEN_TO_BE_REPLACED

END_OF_DOCUMENT_TOKEN_TO_BE_REPLACED

A Nepali weekly, ‘Saptahik’ has published a list of Nepali women who were considered to be the most attractive by a group of judges chosen by the editors. In the list, majority of the attractive women are Nepali movie industry actresses, led by actress Priyanka Karki. In the list,

END_OF_DOCUMENT_TOKEN_TO_BE_REPLACED

Two new movies have released in theater today, on January 29, 2016. The movie by the team of ‘Talakjung VS Tulke’ famed Khagendra Lamichane, ‘Pashupati Prasad’ seems to be similar character based movie. Another release ‘Regfuge’ features Jiwan Luitel in leading role. 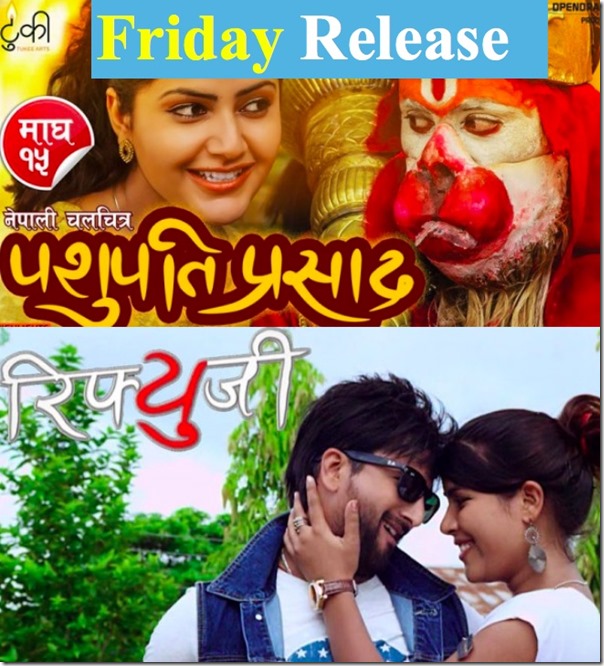 After the success of Khagendra Lamichane’s movie ‘Talakjung VS Tulke’, his movie ‘Pashupati Prasad’ was awaited by his fans. A premier show of the movie was held on Thursday among artists, journalists and guests. The movie is about a guy who had gone to Kathmandu to earn money from a remote village after the death of his parents. The movie directed by Dipendra K Khanal is shot mostly in Pashupati area featuring Khagendra in leading role. Actress Barsha Siwakoti, Bipin Karki, Prakash Ghimire and Rabindra Singh Baniya are featured in main characters in the movie. The movie made under the joint banner of Tuki Films and Dipendra K Khanal Production. The director, Dipendra K Khanal had previously directed successful movies like ‘Chapali Height’, ‘Jhole’, ‘The Yug Dekhi Yug Samma’ and ‘Dharma’ (all these movies are available to watch in xnepali).

END_OF_DOCUMENT_TOKEN_TO_BE_REPLACED 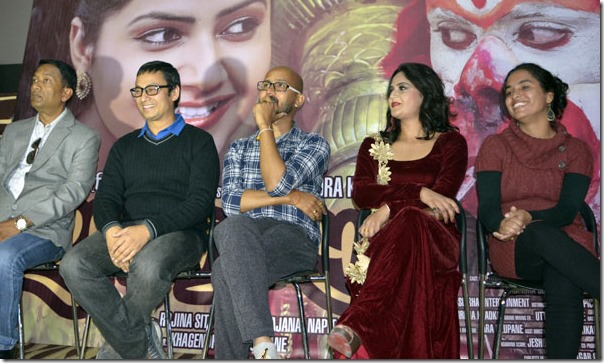 The movie is a story of a youth from a village who comes to Kathmandu to fulfill the dreams of his deceased parents. The guy who started to make his living in Pashupati temple area is named Pashupati Prasad.