Nihita Biswas and Sakuntala Thapa were arrested after the Supreme Court decided to keep them in jail for further investigation. 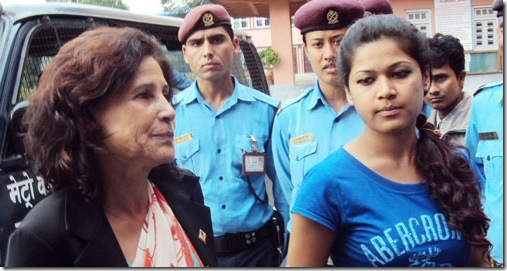 Sakuntala Thapa, a lawyer and mother of Shobhraj’s wife Nihita, had accused the judges of corruption while taking the decision to convict Charles Shobhraj. (Photo sources – Kantipur and Onlinekhabar) 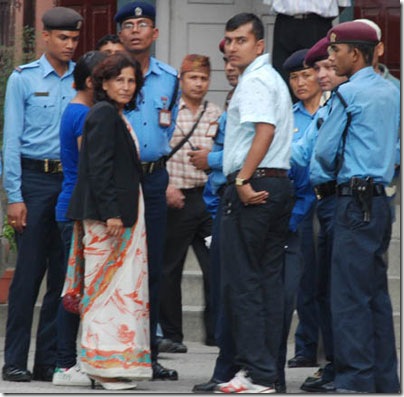 Nihita had married Charles Shobhraj in jail on the Dashain of 2008. A film maker and director, Narayan Puri, had announced the production of a movie based on their love story. But, the movie was never made.

A son of Indian father and Vietnamese mother – Charles Shobhraj became French citizen after his mother married a French guy.

The criminal activities of Charles Shobhraj were done in 1972s to 1982. He is accused of killing more than 20 people in Nepal, India, Thailand, Turkey and Iran. Previously he was arrested in India and was kept in a high security jail, but he escaped from the jail. He was arrested in Nepal in a casino and was sentenced for life in July 2004.

2 thoughts on “Nihita and Sakuntala arrested”