The first look poster of ‘Urbashi’ released on Monday was found to be a made by photo morphing of an English movie ‘Snitch’. The movie released on June 2013 featured Dwayne Johnson in the lead. ‘Urbashi’ makers had replaced Dwayne’s head by Kishor Khatiwada‘s head in the poster. 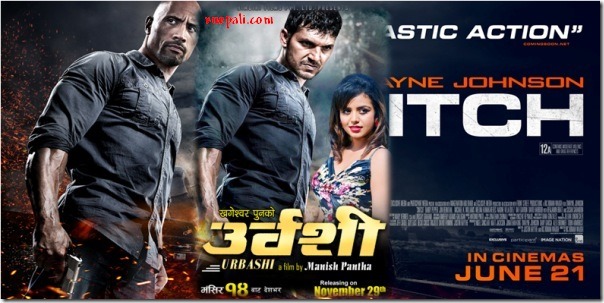 Because of the lack of government intervention, poster morphing has been going on in Nepali film industry. Some have even used such a practice to get more publicity.

We believe, poster morphing is a new free advertising for film makers. So, we expect such a practice to increase in coming days.

One thought on “Photo morphing in Urbashi poster”