It is no secret that FIFA World Cup is the most popular sporting event in Nepal and we can see interesting craze of the game among Nepali celebrities. The final of the World Cup between Argentina and Germany starts in few hours and Nepali artists have finished the preparation to watch the game at their favorite locations.

Although some of the teams many artists had supported initially are out of the game, they are supporting one of Argentina or Germany and watching the late-night game. Most of the artists have told that they are planning to stay awake the whole night today. Many Nepali artists were the fans of the organizer Brazil. Brazils’s below average performance in semi-final and the 3rd place match has broken hearts of many of the fans. 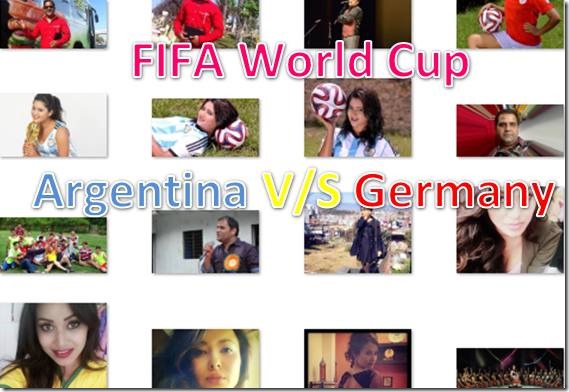