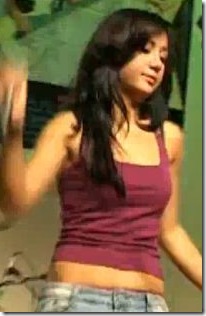 The scandal, and the marriage, and break-up?

I thought the marriage was the happy ending. But, the latest news is not so promising. Poor Pooja, she should be having a pretty hard time.

Entertainment circle is heated with the gossip of difficulties in the relationship between newly married couple, Pooja Lama and Shishir Shyangtang.

Although, Pooja said that their relationship is as good as ever and they are not having any misunderstanding, Pooja is living with her friend Nisha Sunar instead of her newly married husband. Nisha Sunar is one of the best friends of Pooja and according to Pooja she is sick. Pooja says that Nishaâ€™s husband is away and she doesnâ€™t have anybody to take care of, so she has to live with Nisha.

That is ok, one should help friends in hard times. But, Pooja also claimed that the relationship between friends is more important than husband and wifeâ€™s relationship.

Wellâ€¦ I thought husband and wife were friends â€¦ friends for life.

I am wondering what happened to her participating in Indian Idol competition.