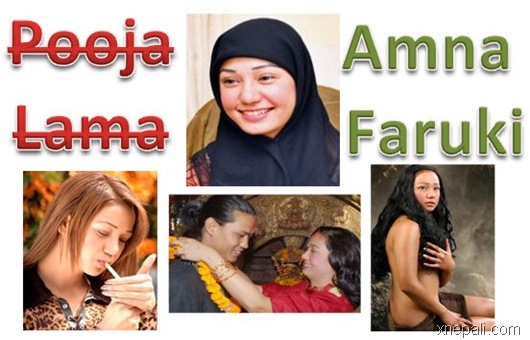 Pooja told that she liked Muslim religion as it was ‘strict’. She quit alcohol and smoking after changing the religion. She has also stopped taking other drugs these days. Pooja wears Muslim dress that hides her hair and sings in a restaurant in Thamel in the same.

Pooja never mentioned her previous marriage and told that she will marry a Muslim if she ever does. Pooja told that after being a Muslim she can’t have sexual relationship without marrying. Does that mean, she has to get married soon?

In a modeling contest held in 1999, Pooja was awarded ‘Best Model’. Pooja started her film career with Narayan Puri’s ‘Papi’. She also did films like ‘Chakrabyuha’ and ‘Salam’ but none were as successful as her first movie.