The mother of late actor Shree Krishna Shrestha, Jagat Kumari Shrestha, has died suddenly at a hospital in Kathmandu. 88-years old Jagat Kumari was taken to Om hospital for regular checkup on Tuesday. She died at the hospital on Wednesday night, on September 16. 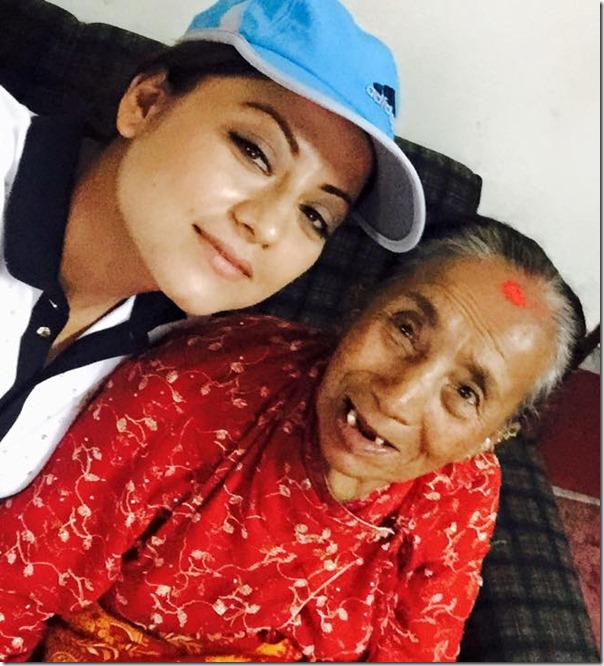 Photo – Sweta Khadka poses with Jagat Kumari after returning from the USA in July 2015.

After the untimely death of her son Shree Krishna, Jagat Kumari was mourning.

The following photo taken in August 2015 was taken during the unveiling of the book on Shree Krishna Shrestha on his first death anniversary. 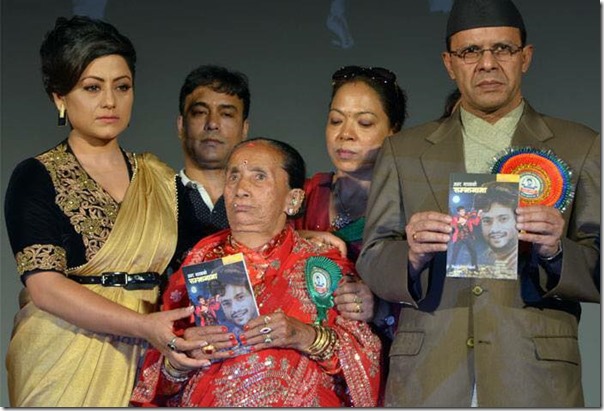 Actor Shree Krishna Shrestha had died in Delhi, India on August 9,2014. He was diagnosed of bone cancer. Shree Kirshna was offered state honor during the last rituals in Pashupati.

After that his wife of one month, Sweta Khadka became unconscious and was in shock for more than half a year. She was seen crying in every programs she attended.  Sweta was treated in various places including the USA before she could smile again. She had returned back from the USA in July this year. A documentary prepared on the life of Shree Krishna Shrestha shows all the struggle and hardship he went through to become one of the best actors in Nepali film industry (watch the documentary ‘Samjhanama Shree Krishna’ here).

The last movie of Shree Krishna, ‘Kohinor’ released a day before his death, had done the record breaking business in Nepali theaters.

Shree Krishna and Sweta marriage – one months before the death.