This is video report update on the post I made a while ago. Watch the following video for the details of the case. The threat might be directed to Prakash Subedi as he is the producer of the TV program. (I have also added the video of the program in question – 35th episode of Rajatpat, at the end of this post.)

In a Facebook post, actress and the producer or recent release movie, Sushmta KC has threatened a filmy-program in TV, Rajatpat. She had expressed her dissatisfaction about the report about her movie ‘Ma Ta Timrai Hun’ aired in the program. In the report aired in the TV show, her debut production movie was a failure and it didn’t do good business.

In response, Sushmita had turned very aggressive towards the Kantipur TV program. Sushmita had registered Anmol Creation banner, a name after her son Anmol KC, to produce the movie. Although a star actor himself, Anmol wasn’t featured in the movie. The movie had featured new actors with Sushmita herself. The TV report stated that the movie was a flop. But, Sushmita claims that it had done satisfactory business. Attached below is a screeshot of the post by Sushmita. 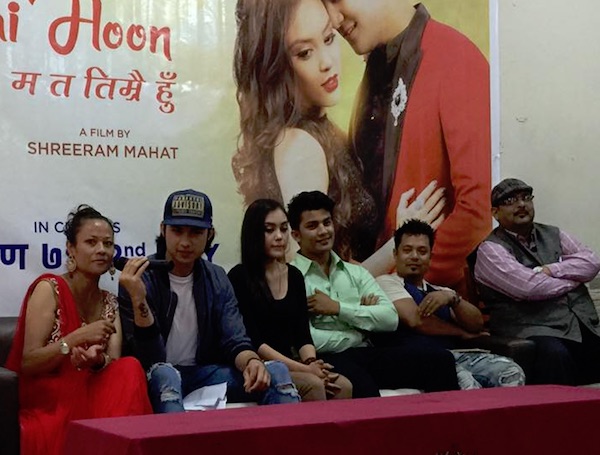 Photo – Sushmita during a press meet before the release of ‘Ma Ta Timrai Hoon’. 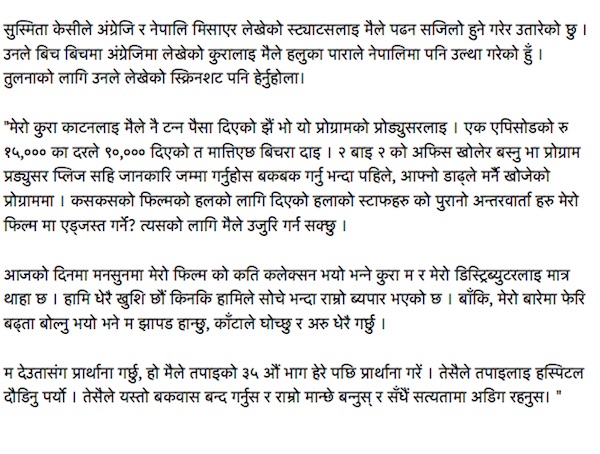 A Nepali translation of the status 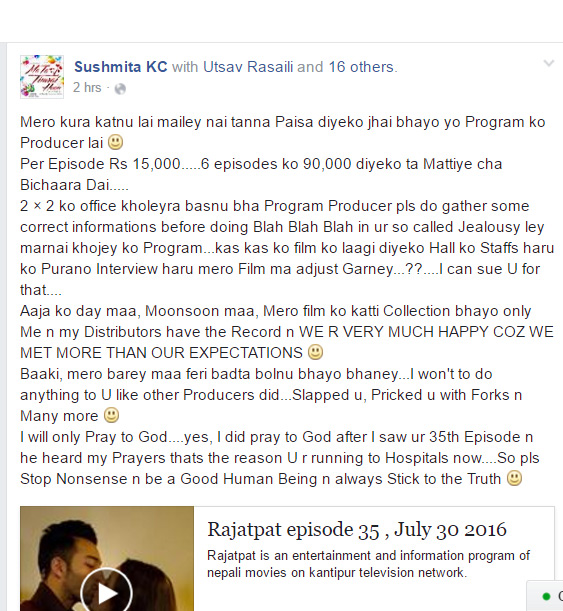 It seems, Sushmita has already deleted the post in Facebook so, I have borrowed the following screenshot from Filmykhabar online magazine.