New Gaijatra 2074 (2017) program “Bramhaloot” Latest gaijatra program by noted comedian, Daman Rupakheti. Daman Rupakheti is the comedian who started ‘Meri Bassai’ with Sita Ram Kattel and Magne Budha, Kedar Ghimire. Daman and Jitu Nepal ‘Mundre’ were a well known comedy duo in the start. These days, Daman is running a comedy program on his own. 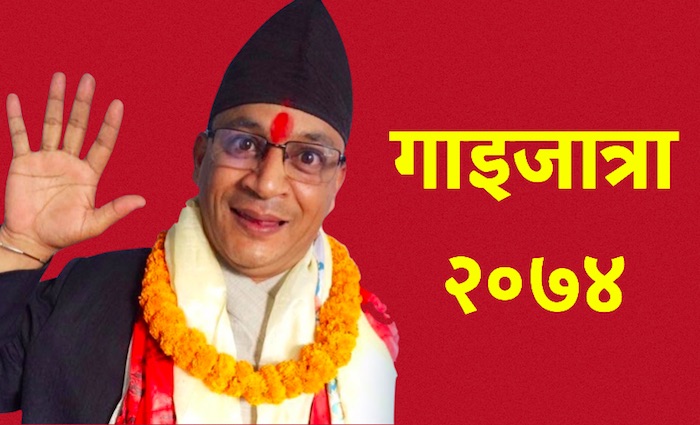 On the occasion of ‘Gaijatra’ of 2017, here are some of the comedy program by Daman. In addition to Daman, Babita Baniya ‘Jerry’s comedy video is also shared.

This is a latest comedy movie made for this year’s Gaijatra – Gaijatra 2071. The script of the comedy movie is written by the director Daman Rupakheti. You can read a biography of Sangam Rai in SerialSansar.

END_OF_DOCUMENT_TOKEN_TO_BE_REPLACED

This is a collection of Gaijatra parody comedy program recordings held during Gaijatra.

END_OF_DOCUMENT_TOKEN_TO_BE_REPLACED 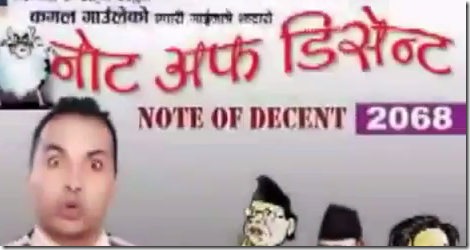 END_OF_DOCUMENT_TOKEN_TO_BE_REPLACED

The traditional festival of Gaijatra was observed in Kathmandu and other parts in Nepal on Sunday, August 14.

The festival began began during the reign of king Pratap malla. The king started it to console his queen who was grieving at the death of their son by smallpox. The king ordered people who had lost members of their family in that year to perform various stunts to cheer themselves and others on the street. 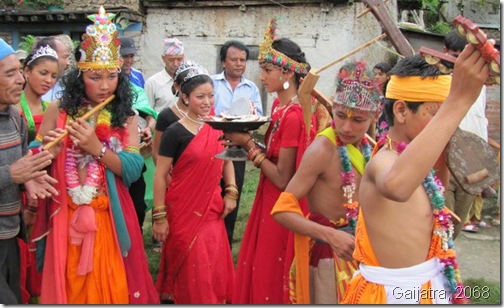 During Gaijatra, people are made to look like cow by painting on their face and wearing painted dress. The day is also a government  holiday. This festival is specially celebrated by the Newar community, to commemorate the depar
ted souls.

END_OF_DOCUMENT_TOKEN_TO_BE_REPLACED

Traditionally, Nepali people don’t celebrate April Fool’s day. These days, due to the western influence people in cities make fool of each other on that day. But, we have our own fun filled day to make fun of. The festival equivalent to the April Fool day is called Gaijatra in Nepal.

Gaijatra, the festival of cows, is celebrated to commemorates the death of people during the year. During the festival, people dressed as clowns and colorful cows are marched in the streets. When cows are not readily not available, people wearing cow masks march on the street. In olden days people had to walk bare-foot but these days such practice is discouraged.

The festival is full of songs, jokes, mockery, and humor.  So, Gai Jatra can be considered one of the healthiest festival in which, people accept the reality of death and prepare themselves for "the life after death". Gaijatra usually falls on the month of Bhadra (August – September). It also marks the be
ginning of festive season.

Some photos of the event: 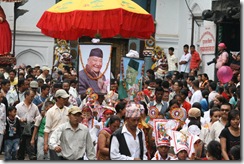 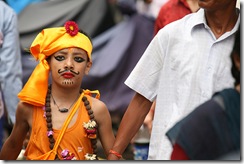 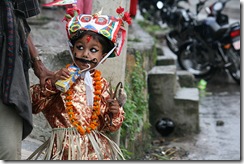 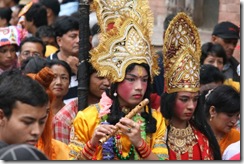