The film artists and the politicians have teamed up to help the earthquake victims on Saturday  June 6, 2015. In the friendly football match held of the playground of armed police in Halchock, Kathmandu, the leader team lost by 3:0 to the film artists team. 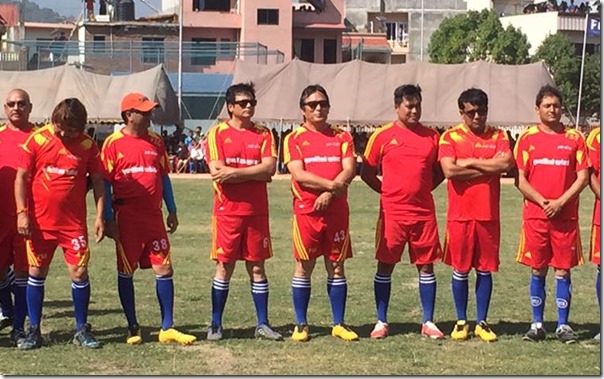 END_OF_DOCUMENT_TOKEN_TO_BE_REPLACED

To support the earthquake victims, the political leaders including the president Ram Baran Yadav and Prime Minister Sushil Koirala are competing against the film artists in a football game to he held at 2:00 PM at Halchowk, Katmandu. 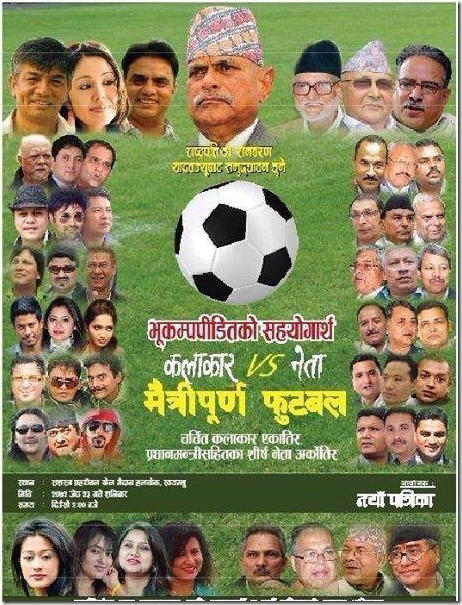 Almost all the major political leaders and most of the film artists are participating in the friendly game. The fund collected at the of again will be used in the relief work of earthquake victims. The game is being held at the play ground of the armed police in Halchowk.

END_OF_DOCUMENT_TOKEN_TO_BE_REPLACED

The CPN Maoist chairman Prachanad has moved to a new residence in Lazimpat from his earlier home of the last five and half years, in Naya Bazar.

Kantipur published a photo of a red brick house as Prachanda’s new house. But, Prachanda son, Prakash Dahal, has posted a facebook wall post, accusing the newspaper of publishing the building of Everest Bank as their home. 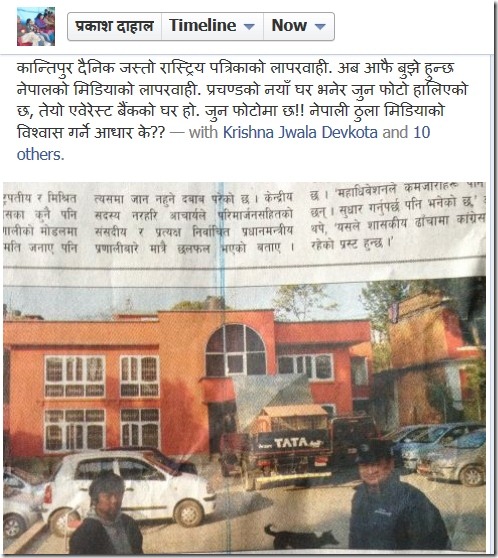 The photo below is the actual residence of Prachanda (Photo credit – Nagarik). 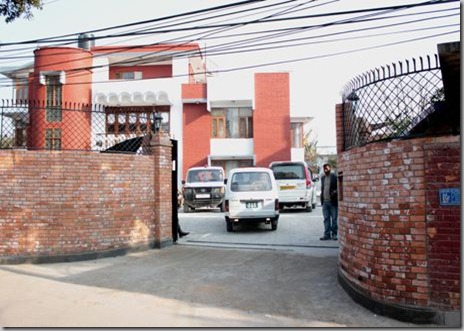 In Nepalese context, it is not easy to believe in politicians. These days, it is even harder to believe the newspapers or media.

Talking about irresponsibility of Nepali media, Nepal Samacharpatra and Avenues TV published a "Research Based" news by researching a comedy article – saying that Bollywood actor Amitabh Bhachchan has Nepali roots. But, even after a lot of ridiculation, the media houses haven’t felt the need to clarify their news.

Let’s hope, Nepali newspaper will act a
bit more matured in the future and we we will always be told the truth!