A presentation of Prem Subba for Sinai Enterprise banner, ‘Nishani’ is a film by Vinod Sereng. Sereng is the writer and the director of the movie produced by Saroj Bhandari and Lalita Sereng Dhaubadel. The movie is made on the story of a Gurkha army in Kargil war – a war between India and Pakistan. Prashant Tamang is featured as a Gurkha army personnel. The movie had applied to be considered to represent Nepal in the Oscar Award (read more about the 4 films that applied in 2015).

The movie is coproduced by Kishor Dungmali Rai and edited by Bipin Malla and Suraj Shrestha. The cinematographer is Yubaraj Rai, action by Janak Gurung and music is composed by BB Anuragi. Nhyoo Bajracharya has composed the background score of the movie, choreographer is Gobinda Rai and sound design and mixing is done by Sunaya Maan Shrestha. The movie was released in 2014. 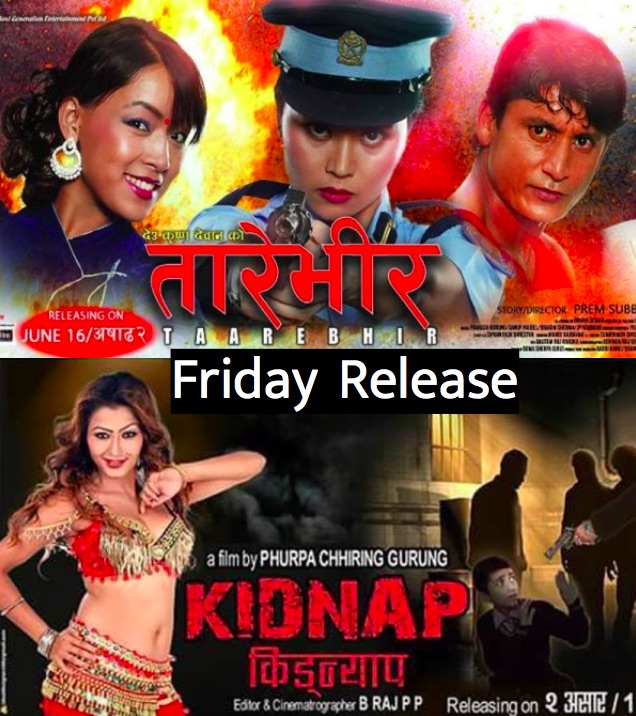 A movie made on the social happenings, ‘Taarebhir’ shows how the country can get rid of criminal activities. Directed by Prem Subba, the movie is produced by DK Dewan. The movie introduces actress Rekha Fago and the actor Nabin Karki.
END_OF_DOCUMENT_TOKEN_TO_BE_REPLACED

Watch the full movie ‘Crossfire’ in a single part:

END_OF_DOCUMENT_TOKEN_TO_BE_REPLACED

This movie, Numafung, was made in Limbu language and had received the runners-up award from among 123 entries in the International Film Festival in Dhaka, Bangladesh in September 2003. Numafung received US$ 2000 and a certificate for being second in the contest participated in by 36 countries. Nabin Subba directed Numafung, which literally means “beautiful flower.” Indian film ‘Lesson One’ directed by TV Chandra stood first in the festival. The film received US$ 6,000 and a certificate.