The first actress to scale Mt. Everest, Nisha Adhikari, can also be considered the pioneer in birth tourism. She went to the USA after before she announced her pregnancy on the New Year of 2018, January 1. After that, she has been living with her brother. Last month, her husband, cricketer Sharad Bheswakar joined Nisha to be by her side when she deliver the baby.

Well known actor of the past, Krishna Malla, and his wife, also a well known actress of the past, Sharmila Malla also got a daughter-in-law this week. Their only child Sakriya Malla got married in a private function. A number of film industry personalities were invited in the reception party held after the marriage.
END_OF_DOCUMENT_TOKEN_TO_BE_REPLACED 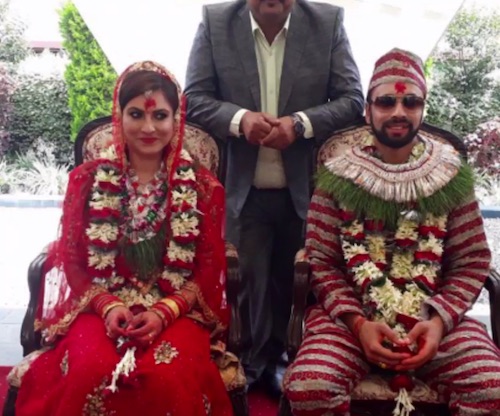 It has been 8 years since Sharad and Nisha had known each other. They were friends in the start. Later they started having a relationship closer than friendship. It has been 5 years since Nisha and Sharad considered each other partners.
END_OF_DOCUMENT_TOKEN_TO_BE_REPLACED