END_OF_DOCUMENT_TOKEN_TO_BE_REPLACED

The film ‘Dakshina’ is a presentation of Ajambari Films Pvt. Ltd. The movie features great music and heart touching story – probably one of the best movies of Tulsi Ghimire. In addition to directing Tulsi has also written the story ad did the editing of the film.
END_OF_DOCUMENT_TOKEN_TO_BE_REPLACED

The Nepali movei ‘Dui Thopa Aansu’ is a presentation of Tulsi Ghimire. The movie features the music of Ranjit Gajmer and the script by Tulsi Ghimire.

END_OF_DOCUMENT_TOKEN_TO_BE_REPLACED

One of the successful directors of the Nepali film industry, Tulsi Ghimire apart from being a good film director he is equally successful screenwriter, editor, cameraman, actor and lyricist.

Tulsi Ghimire was born in Sindeybong, Kalimpong, Darjeeling in India in 1951 (BS 2008 Ashad 31). Tulsi is the eldest son of Dhojman Ghimire and Narbada Ghimire and has two younger brothers and a sister. Tulsi Ghimire completed Bachelor of Arts from Kalingpong College. He entered film line after working in a job for some time.

He is married to Bharati Ghimire (Gazmer), a well known singer in many of his films. His brother Shrawan Ghimire is also a successful film producer. Tulsi’s children Bhawana Ghimire and Panchami Ghimire, have also acted in a Nepali movie for children “Swarg Ko Pari”. 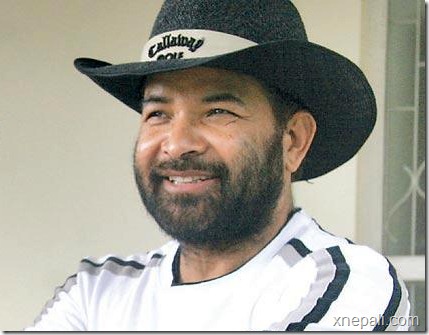 Tusli Ghimire initially moved to Mumbai from Kalimpong in 1974 to work in the Indian film industry, Bollywood. Tulsi’s mentor and Bollywood editor Kamlakar Karkhanis had advised him to make Nepali movies at that time. Tusli debuted in Nepali movie industry by starting the Nepali movie “Bansuri” in 1981 as the director. Tulsi Ghimire made the second movie, Kusume Rumal, on his own story story and it was very successful.

END_OF_DOCUMENT_TOKEN_TO_BE_REPLACED

This is Tripurasundari International Cine Arts’ presentation, Yubaraj Lama’s film. The movie is made on the story, script and editing of the director Tulsi Ghimire. Actress Sirjana Basnet had debuted in the movie. The movie released in 2050 BS became a super hit movie.