END_OF_DOCUMENT_TOKEN_TO_BE_REPLACED

Nepali movie ‘Woda Number Chha’ was released in theatres in Kathmandu on September 18, 2015. Because of the uncertainity in the the places out of Kathmandu, the release in other cities in Nepal had been postponed. 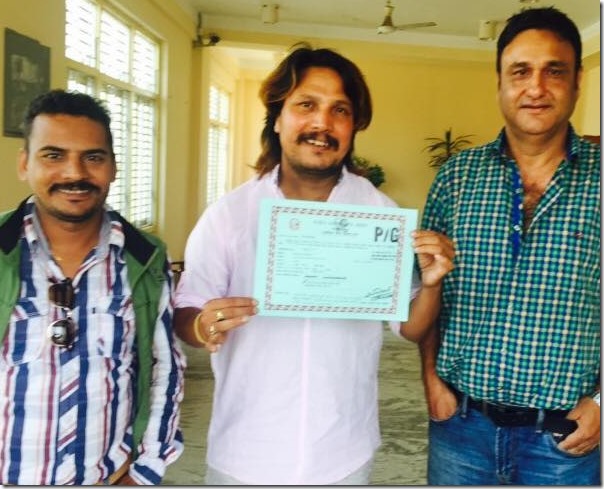 The movie is set in Ward No. 6 in an unspecified village of Nuwakot. It is the story of five guys of Jhulebasti. The lives of the five guys is fun filled until one of the guys like the daughter of their master, Sushila. Then, Maoist insurgency also enters in the story-line. The movie however is not centered in Maoist war and doesn’t decide on whether the war was wrong or right. It only shows how and who benefited from the war.

END_OF_DOCUMENT_TOKEN_TO_BE_REPLACED

This Friday, on September 18, Nepali movie ‘Woda Number Chha’ is released on theater. The unofficial sequel of the super-hit movie ‘Chha Ekan Chha’ is a solo release this week.

Because of the possibility of unrest after the release of the constitution of Nepal on Sunday, the release of ‘Woda Number Chha’ in theaters out of Kathmandu have been postponed. The distributor company AFD has decided to release the movie only the the theatres in Kathmandu. That is the reason, the promotion effort of the movie was focused only in Kathmandu.

After the success of ‘Chha Ekan Chaa’ the production team had teamed up to produce the second movie of similar theme and comedy. ‘Woda Number Chaa’ is directed by Ujjwal Ghimire and is produced jointly by Deepak Raj Giri, Deepa Shree Niraula and Nirmal Sharma.Â  The movie is produced under the banner of Aama Saraswoti Geeta Devi Movies. The movie features Priyanka Karki, Deepak Raj Giri, Deepa Shree Niraula, Jitu Nepal, Kedar Ghimire, Sitaram Kattel, Dayahang Rai, Nir Shah and others. The movie features choreography of Gambhir Bista and Shankar BC, VFx and Editing by Gautam Raj Khadka, cinematography of Deepak Bajracharya, action by Roshan Shrestha.